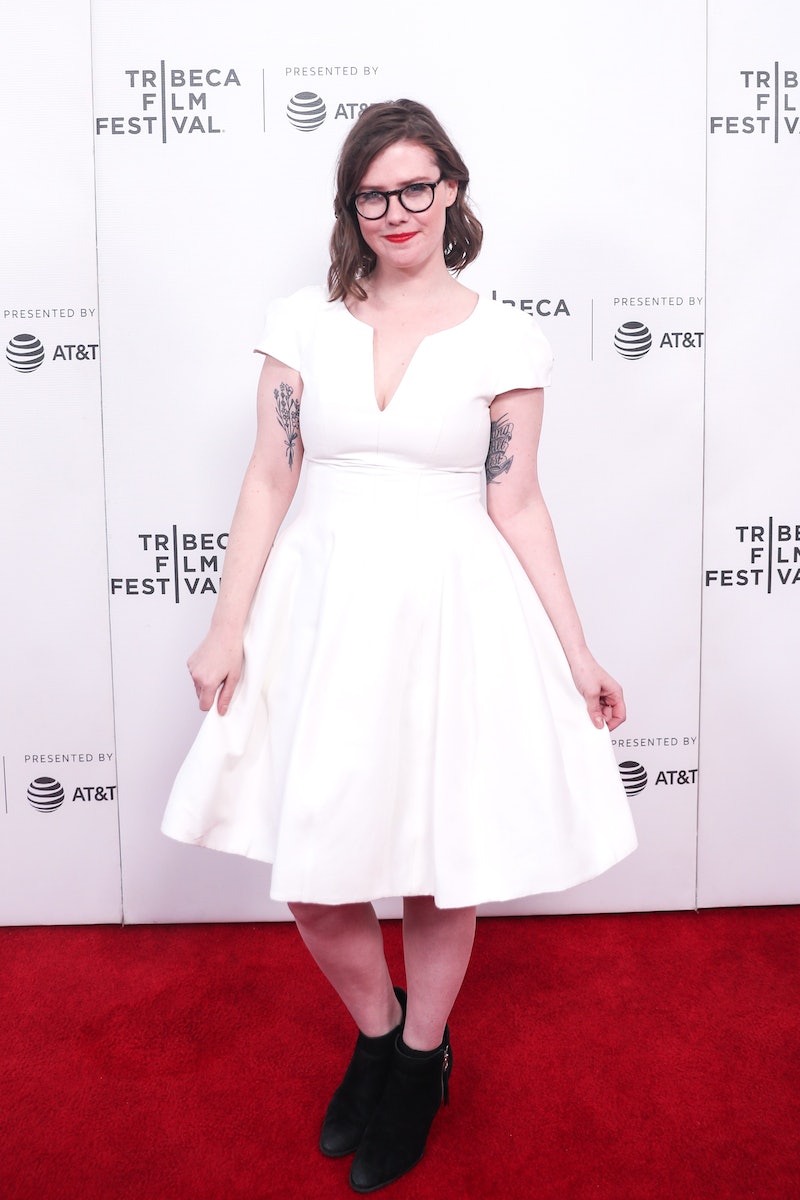 In Netflix's latest docuseries, a young woman begins stealing drugs from her place of work. But that's just the tip of the iceberg in director Erin Lee Carr's How to Fix A Drug Scandal, a harrowing new true crime series that examines the human error involved in drug testing. This isn’t Carr’s first foray into the genre. The director has made some of the most popular true crime docs of recent years, including films like Mommy Dead and Dearest, Thought Crimes: The Case of the Cannibal Cop, I Love You Now Die: The Commonwealth vs. Michelle Carter, and At the Heart of Gold: Inside the USA Gymnastics Scandal.

Carr is drawn to telling true crime stories for many of the same reasons we gravitate to them as viewers. "[We] love mystery and love trying to figure things out,” Carr tells Bustle. “The most thoughtful books, podcasts, [and] television shows are things that make you think, and that's what good true crime does.” This intrigue is at the heart of her latest series, which follows Sonja Farak, a drug lab chemist in Massachusetts who was using the very drugs she was tasked with testing.

She understands, however, that some people think that true crime docs present ethical dilemmas. "I totally get that some people might think that it's something that you need to turn away [from],” she says. “Why are we participating in discussions about predators, about serial killers, about psychopaths, about stalkers of women? Why are we thinking about these sort of evil things? It's human nature to question evil."

But no matter how dark her material gets, Carr works to bring humanity to her subject matter. "You have to be really careful about the ick factor. But how I deal with that is there need to be tonal switches [throughout the doc],” she says. “There needs to be a little bit of levity; a little bit of family. I always try to put animals inside my movies, like a duck or a dog or a pigeon. You really need those small moments to sort of hang your hat on."

How To Fix A Drug Scandal is just the latest in Carr’s ever-growing oeuvre of compelling and highly original true crime documentaries. And it contains all of the hallmarks of Carr's signature style: it’s the story of a real multi-dimensional woman, struggling with so much more than meets the eye.