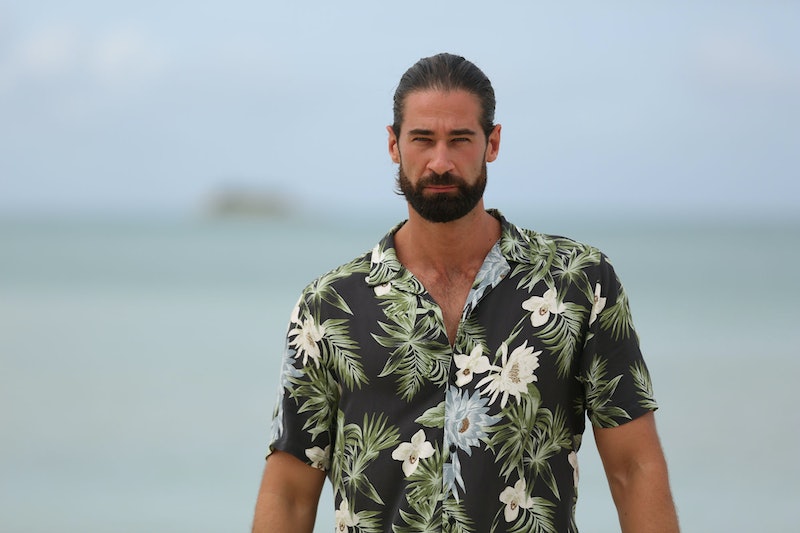 You know that feeling, when you've been following someone's life via reality TV, and you get the impulse to follow their lives further on social media? If you're preparing yourself for the new series of the Bachelor UK, then I reckon it's already very possible that you feel that way about the show's leading man right now. In particular, if you're wondering how to follow Alex Marks on Instagram, Snapchat, and Twitter, so that you can try and suss him out ahead of the show, then look no further. Take a deep dive into the latest UK bachelor, so that you can get an insight into what his batch of ladies has to expect.

Launching on Channel 5 at 10 p.m. on Monday, March 4, the third series of The Bachelor UK is set to be unlike any other. At least, that's what the main man's been saying, anyway. "Well, I’m not Spencer Matthews or Gavin Henson for a start," he recently told Metro.co.uk, referring to the UK's two previous bachelors, who dumped their chosen ladies swiftly after their respective series ended. I know they all say it, but it looks as though Marks really is in it for the long haul. But does his social media tally up with the promise?

You can see for yourself by following his Instagram @alexpmarks, where he regularly showcases his top-knot in all its glory, as well as posting pally pics with The Bachelor presenter and former TOWIE star Mark Wright. He doesn't give too much away on his account, other than the fact that he's totally ripped, which his job as a personal trainer probably has something to do with.

He's also got another Instagram dedicated to fitness, where he posts as @on.your.marks, and it's also the place where you'll get to see a throwback of him without the hair and beard. As you can imagine, he looks startlingly different.

You can also check up on him via his Twitter, where he tweets under the handle @iamalexmarks. So far, he hasn't given much insight into his life outside of The Bachelor, as he's mainly used the account to promote his upcoming series, but it's still very cool to see him reacting to his newfound fame. He also has a professional account dedicated to his fitness ventures, which you'll find @OnYourMarksUK.

As far as I can see, Marks doesn't seem to have a Snapchat account, but I reckon that'll soon change once he's got himself some more fans — and I'm sure he's bound to get himself a fair few after his appearance on The Bachelor . In the meantime, you can glean some more info on him via his LinkedIn page — which is honestly one of the more extra profiles I've come across in a long time. Also feel free to check out the official site for his personal training business, if that's your thing. But whether he's the next Matthews or Henson? You'll have to tune in to find out.