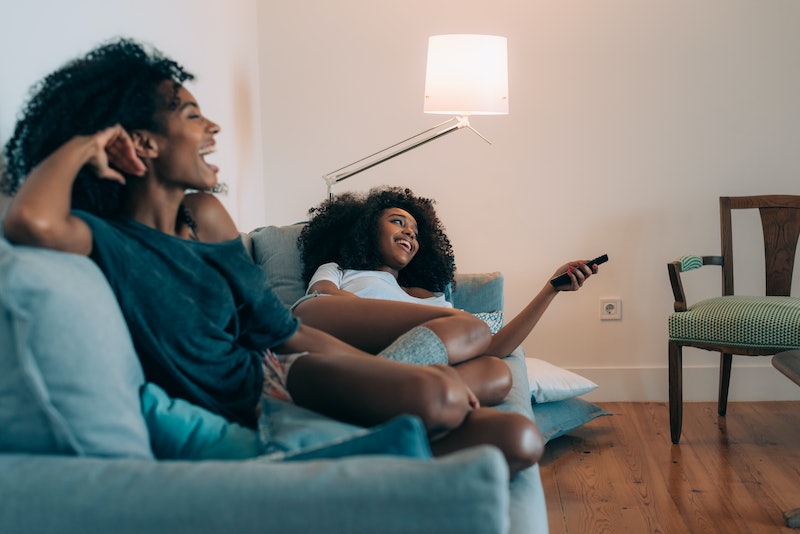 With all the subscriptions available these days, it's easy to seriously lose the run of yourself. I mean who hasn't signed up for umpteen free trials and then found themselves accidentally shelling out literal tens of pounds monthly? Tens of pounds that I am guessing they cannot afford. Because, duh, nobody can afford anything. But there are some clever tricks out there to help you reduce your costs but keep that seriously lit entertainment in your life. Like, guys, did you know Sky customers can get Netflix for £3? IKR?! And I am about to let you know exactly how.

OK, so this offer is only available to customers who already have Sky Q or new customers to the service. The deal is, you get yourself set up with Sky Q, which costs £22 per month, and then you sign up for the Ultimate On Demand add-on, which usually costs £12 per month but at the moment is going for the bargain price of £3.

This means you'll be paying a total of £25 per month. Now, I know what you're thinking: but Netflix only costs £8.99 a month, so how does that work out better?

WELL my friend, Netflix may be cheaper, but with Sky Q and the Ultimate On Demand add-on you're not only getting all the Netflix you could wish for (think Stranger Things, Making A Murderer, and, of course, Friends), you're also getting the umteen amazing entertainment offerings from Sky. I'm talking Riveria, I'm talking Veep, I'm talking The Wire for crying out loud. I mean, really. This is telly watching at its absolutely finest.

Netflix is absolutely killing the game in 2019. The third season of Stranger Things premiered earlier this month and not only has it brought to the fore that playsuit to die for, but some serious viewing figures. Netflix have gone and done a Kimmy K and broken the internet. You guys, according to the Guardian, 40 million households tuned in to watch it. Within four days. Holy moly, cheese and crackers, and OMG. That is a whole lot of eyes.

As well as this, they're garnering a pretty big wad of dough from the brands that are plugged in the show. Which, according to the New York Times is an incredible 75! Including "New Coke," which is being re-released in the U.S. to coincide with the show.

And this is after the Adam Sandler and Jennifer Aniston film Murder Mystery already knocked it out of the park on its opening weekend. Despite reviews that were pretty scathing.

Another big show set to return this month is the one and only Orange Is The New Black. A show that has kept fans gripped from the get go. A show that is sadly on its last ever season. I know. Too much.

Subscriptions to the service are ever increasing, which is totally easy to understand because, guys, it's seriously lit over on Netflix. According to figures from Statista, they currently have just under 150 million users.

Maybe with this £3 offer they might tip it to just over 150 million, am I right?

More like this
The OG Power Rangers Are Returning For A Spandex-Clad Special
By El Hunt
You’ve Got 'Love Island’s Farmer Will All Wrong
By Jack Orenstein
A New Netflix Doc Will Explore The Unsolved Murder Of Jill Dando
By Sam Ramsden
Every Season Of 'Love Island' Ranked Best To Worst
By Alice Broster, Frances Stewart and Sophie McEvoy
Get The Very Best Of Bustle/UK
Sign up for Bustle UK's twice-weekly newsletter, featuring the latest must-watch TV, moving personal stories, and expert advice on the hottest viral buys.