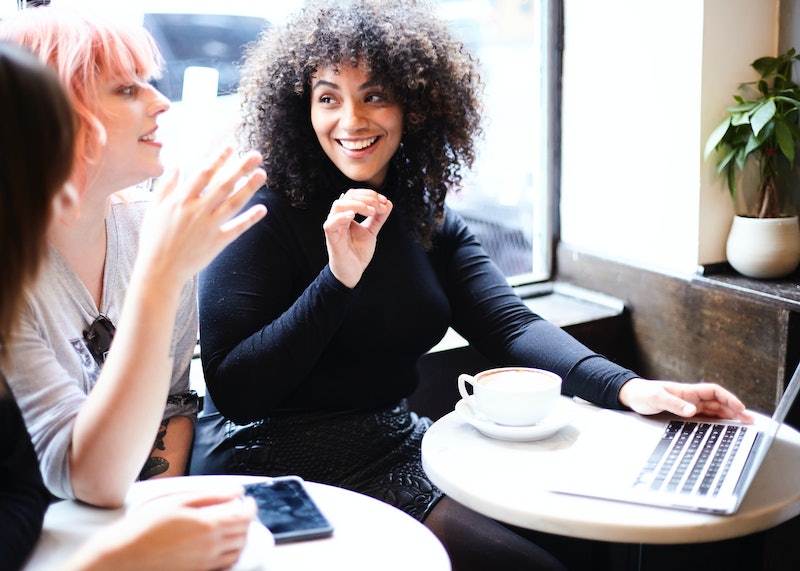 Of the 20 million people with uteruses of reproductive age in the United States, more than 19.5 million live in counties that don’t provide reasonable access to contraceptive services, according to research by Power to Decide, a campaign to prevent unplanned pregnancy. These counties are called “contraceptive deserts” and as the widespread attack on reproductive rights continues in the form of laws restricting abortion and contraceptive access, that number is likely to increase. In response, a new campaign called Freedom to Decide is hoping to get free morning-after pills into the medicine cabinets of people who might need emergency contraception.

“Low income people, every day, have to make impossible tradeoffs between deciding if they’re going to use their gas money to go to work, or to get to their healthcare appointment,” Ginny Ehrlich, CEO of Power to Decide, tells Bustle. “The Pill Club provides support and services that mitigate some of those barriers already — like transportation barriers — by their telehealth and deliver-to-your-door services. This campaign really is to ensure that all people, regardless of income, have access to contraceptive choices.”

The campaign is a joint effort between Power to Decide and Pill Club, which provides birth control prescriptions via telemedicine and delivers it to customers’ doors. Pill Club has committed to providing 5,000 people in need with free emergency contraception. They’re also matching up to $10,000 in donations to Power to Decide’s BCBenefits contraceptive fund, which gives people living at or up to 250% of the federal poverty level reimbursement for travel, child care, and other expenses related to obtaining birth control.

By helping people in contraceptive deserts alleviate some of the financial burden of accessing health care, BCBenefits is similar to an abortion fund, which exist around the country to help people pay for and access abortions. However, BCBenefits won’t be reimbursing money for abortions because, Ehrlich says, “other organizations are doing a great job around abortion.” Ehrlich recommends that people who are looking for help with abortion access reference AbortionFunds.org for more information.

Morning-after pill emergency contraception prevents pregnancy by either stopping ovulation if it hasn’t happened if it’s taken within 72 hours (for Plan B) or five days (for ella) of unprotected sex. Medical abortion (aka, the abortion pill), on the other hand, terminates a pregnancy that has already started, within 10 weeks of conception. Plan B and ella both contain synthetic versions of hormones that the body naturally produces, while a medical abortion consists of two different pills: mifepristone and misoprostol. Totally different drugs; totally different ways of preventing an unwanted pregnancy.

Because emergency contraception needs to be taken within 72 hours of unprotected sex, Pill Club pharmacist Christine Yu recommends getting it ahead of time and storing it for later use, so you don’t “have to think about ordering it or waiting for it to be delivered or issues about receiving it in the mail.” They also don’t care what gender you are — this offer is open to anyone who thinks they or a partner may need it.

And even if you don’t need the morning-after pill or aren’t a Pill Club customer, consider donating to BCBenefits to help people in contraceptive deserts around the country access the health care they need and are entitled to. This assault on reproductive rights may not end anytime soon, but that doesn't mean we can't do something about it.