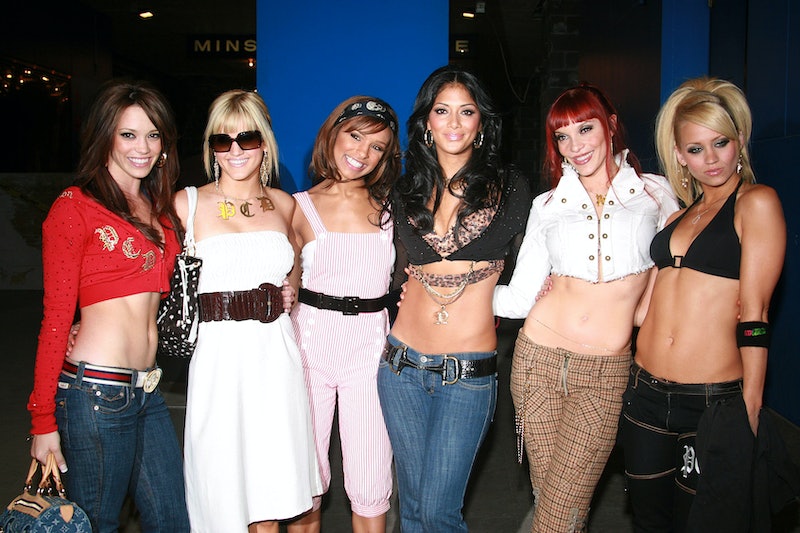 OMG me too, so let's get to it. According to The List, the tickets for their UK comeback tour go on sale on Ticketmaster from Dec 1 for regular customers and are already available for those who have O2 priority. As one might expect from an incredible all singing all dancing group, they're seriously going for it. They're doing eight shows across the UK starting in Cardiff on April 6 and finishing in London's O2 Arena on April 17. The dates are as follows:

The group made the happy announcement about their tour, but some fans might be sad to hear that Melody will not be taking part. The other five band members will be, however.

For those keen on a preview of the band's reunion, they'll be appearing on X Factor: Celebrity this weekend. A fact which was supposed to be a big surprise, until old favourite Louis Walsh flapped his mouth. The BBC reports that Walsh was speaking to Lorraine Kelly in a live TV interview and let the exciting news slip.

"You know who's coming on? The Pussycat Dolls are the special guests! There's an exclusive for you. They're back together."

I know right, face palm moment or what? According to the BBC, when speaking about the revelation at the time Nicole Scherzinger, lead singer in the band and fellow judge, was able to laugh the whole thing off.

"Half the time, Louis doesn't even know what he's talking about, so I was just surprised he got that one right."

More like this
The Spice Girls Are Set To Reunite At King Charles III’s Coronation
By Sam Ramsden
Lewis Capaldi Is “Really Sorry” After Pre-Sale Ticket Fiasco Guts Fans
By El Hunt
This 'Emily In Paris' x Blackpink Crossover Is Beyond Iconic
By El Hunt
8 Easter Eggs From Taylor Swift's “Lavender Haze” Music Video
By Shahed Ezaydi
Get The Very Best Of Bustle/UK
Sign up for Bustle UK's twice-weekly newsletter, featuring the latest must-watch TV, moving personal stories, and expert advice on the hottest viral buys.