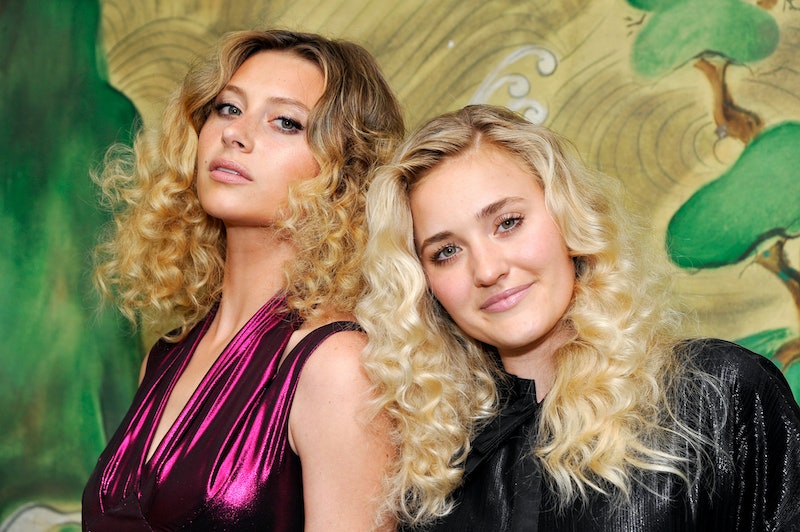 Get ready for some new potential breakup songs. Your favorite singing sister duo is headed back on the road. Here's how to get tickets to Aly & AJ new tour before it's too late. The pair released details about the upcoming tour on Facebook on Tuesday, March 5, with tickets set to go on sale Friday, March 8. This way, fans and stans have plenty of time to...make plans. Aly & AJ's tour will take them across the U.S., with a quick stop in Vancouver. Sorry, international fans, no other legs have been announced yet. But, fear not, as it seems the musicians have no plans to stop making music.

The Sanctuary tour marks the first of 2019 for the sisters, who last performed in the fall/summer of 2018 on the Promises tour. This latest outing for the duo comes three months after the release of their latest single, "With You" and on the heels of their November 2017 EP, Ten Years. Beginning May 1 in Illinois and ending June 27 in Los Angeles, Aly & AJ are packing their summer vacation with performances their fans can get excited for. If this is you, tickets are available on their website starting Friday. Rush, don't walk, to claim yours.

Yes, Aly & AJ provided the perfect soundtrack to angst-filled adolescent days in your bedroom with the door locked and iPod shuffle turned all the way up. (It was a sweeter time.) But the Michalkas have not stopped creating music and acting since their Disney days of the 2000s. After releasing three studio albums and starring in the 2006 DCOM classic Cow Belles, Alyson and Amanda each took some solo time. Aly acted in movies like Easy A and the TV series iZombie while AJ snagged roles in last year's indie Support the Girls and the new ABC comedy Schooled. In 2013, the pair made music for a brief stint as a group called 78violet. They then re-emerged with a shifted musical sound — edgier, more alternative. Aly & AJ's musical evolution also coincided with their own personal growth, as Aly revealed to Interview in March 2018.

“I think the most important thing is that we’ve really grown from being these 16- and 14-year-old songwriters that were writing about experiences that we [hadn’t had yet], like having a boyfriend or losing someone important in your life,” says Aly. “We were just writing those assuming what you would feel like if that happened to you.”

But just because Aly & AJ have moved past their early days spent revolutionizing the phrase "like whoa" doesn't mean they won't indulge in some well-earned nostalgia. Just last year the sisters reacted to their old music videos and the Internet was here for it. Plus, if you're wondering whether "Potential Breakup Song" or "Chemicals React" will find their way onto the new tour's setlist, you're in luck. The singers have been known to lead some raucous renditions of their classics on their last tour. So, in preparation for the tour, lock those bedroom doors, crank up the Spotify, and reintroduce yourself to Aly & AJ.