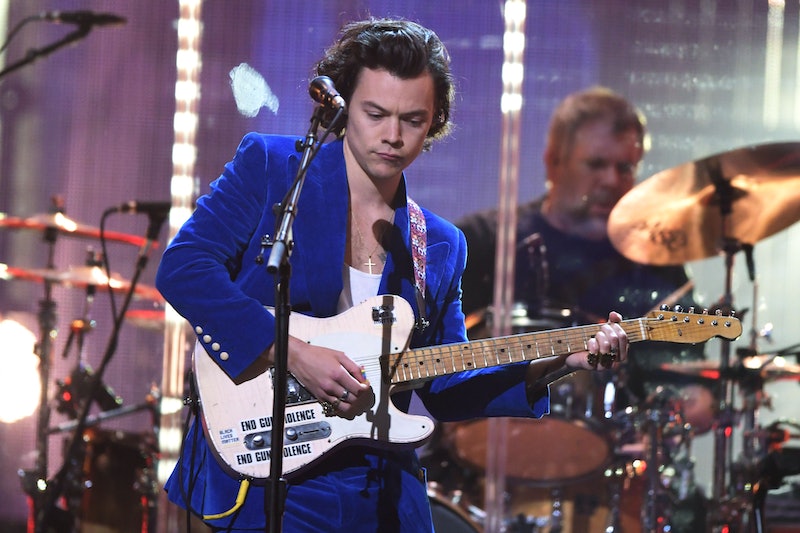 It's beginning to look a lot like Christmas, even though it's only the first week of November. Supermarkets and shopping malls are decking their halls, and tickets for Capital's Jingle Bell Ball have gone on sale. So if you're in the mood to get even more Christmassy with the likes of Harry Styles, Liam Payne, Taylor Swift, Rita Ora, and Stormzy on December 7 and 8, here's how to get tickets to Capital's Jingle Bell Ball 2019.

Tickets to the Jingle Bell Ball launched on Thursday morning (Nov. 7) through ticket site AXS, but as Capital FM notes, tickets for the gig are now sold out. The only way you'll be able to attend the show is through winning tickets, which you can currently do by listening to the radio station.

It might be worth keeping an eye on AXS though, as they've now got an official resale site where fans can sell their tickets if they can't make the gig. Venues like The O2 (where the Jingle Bell Ball will be held), and Wembley's SSE Arena are partnered with the site to avoid "fan anxiety as to whether their ticket is actually valid for entry," as AXS writes, removing the worry of being scammed.

There's also a 10 per cent cap on the price that the tickets can be resold at, to "help prevent ticket touting and help illegal counterfeiting". This will also help fans avoid paying extortionate prices.

AXS has made it clear that they're "the only legitimate place to re-sell your tickets", and if you happen to purchase tickets through other resale sites "your tickets may not be valid and access to the venue could be refused." So bear that in mind if you're desperate to make the Jingle Bell Ball.

If you end up not managing to nab tickets, don't fret because you'll most likely be able to watch the show live from home. Last year, highlights of the Jingle Bell Ball were broadcast on Sky One for the first time, but if you keep up with Capital FM through their social media, app, and their website, you'll be able to see your faves perform no problem.

More like this
How To Buy Tickets For Beyoncé’s UK Renaissance Tour Dates
By Shahed Ezaydi
Ed Sheeran Played A Surprise Gig At A Hobbit-Themed Pub
By El Hunt
Harry Styles Had A Major Stage Malfunction At The Grammys
By Darshita Goyal
Mimi Webb’s IRL Situationship Inspired “Red Flags”
By Catharina Cheung
Get The Very Best Of Bustle/UK
Sign up for Bustle UK's twice-weekly newsletter, featuring the latest must-watch TV, moving personal stories, and expert advice on the hottest viral buys.