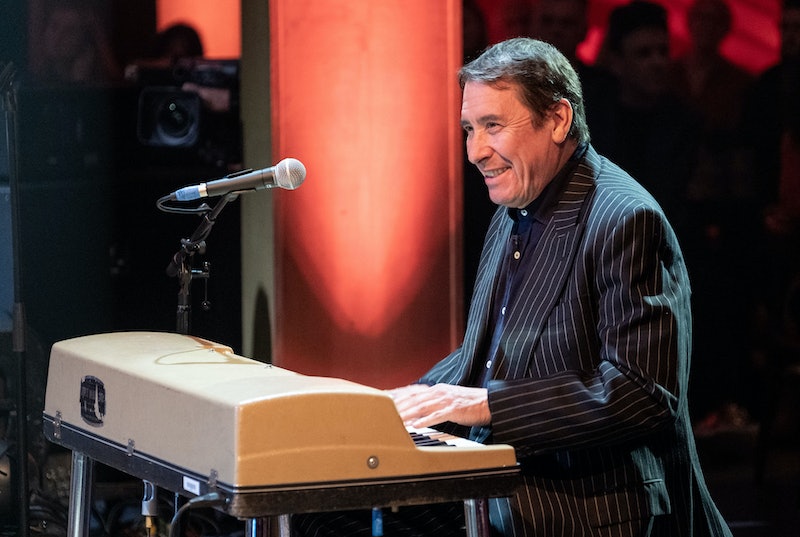 Since 1992, Jools Holland has been gracing British late-night television with a whole host of fantastic musicians. For its 54th series, the host will be closing out the show with an incredible lineup of guests, including the one and only Harry Styles. Sadly, the shows are pre-recorded, so fans of the singer won't get the chance to see him perform his latest single this time around. But here's how to get tickets for Later... with Jools Holland, because 2020's roster is bound to be as legendary as this year.

For the chance to watch iconic musicians grace Holland's stage outside the comfort of your living room, the process is actually relatively simple. All you've got to do is keep an eye out on the BBC's Shows, Tours & Take Part website, where the broadcaster lists dozens of programmes that involve a live audience. Tickets are free, but you have to fill out an application where you'll be allocated tickets through a random draw or on a first come, first served basis via a waiting list.

While Later... with Jools Holland will be returning for a further two years, tickets for the 55th series have yet to be announced. So at the moment, it's unknown which type of application to expect when preparing to sign up for tickets. But keep an eye out or sign up to the site's mailing list to keep on top of any applications for the show.

Meanwhile, you have plenty of time to get excited about Holland's upcoming guests who will be helping the host bring the 2019 series to a close. For the last two shows on Nov. 21 and 22, Styles will be performing alongside Noel Gallagher's High Flying Birds, Brittany Howard, Sir Tom Jones, FKA Twigs, and Abdullah Ibrahim, as the BBC revealed in a press statement sent to Bustle. These performances are recorded on the same evening, but are shown on a short and extended version of the show.

This performance marks Styles' debut on the show, as a solo artist and in general as One Direction never appeared on the show when they were together. As mentioned in the press statement, Styles will be performing 'Lights Up', the leading single from his second record. Holland will also chat with the singer, as he does with all his guests, "about his musical inspirations" and other things, the BBC writes.

If you're a little bummed out to have missed Styles' performance on Holland, don't fret because the singer hinted that he might be going on tour next year. Yesterday (Oct. 30), Styles revealed the news to Capital FM while explaining why he couldn't star as Prince Eric in Disney's upcoming live adaptation of The Little Mermaid. "They shoot for so long, and I want to tour next year, maybe, potentially... haven't announced that yet."