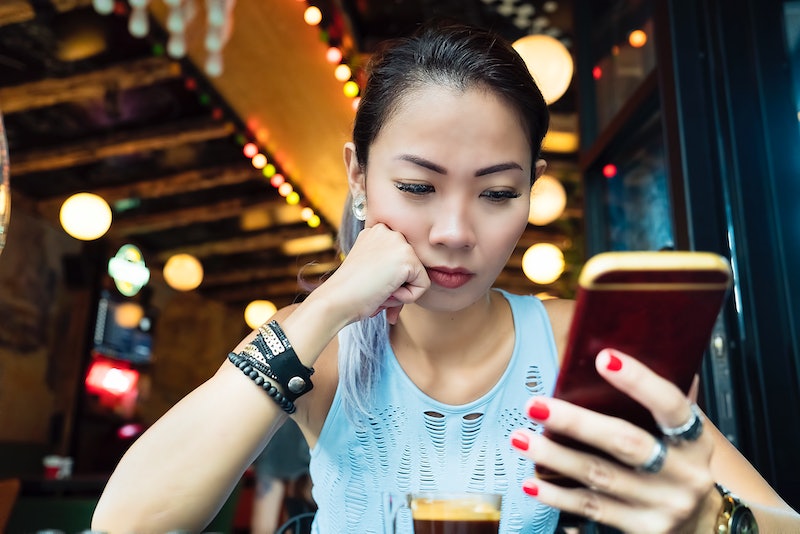 One of the more annoying, and increasingly common, daily frustrations in life is dealing with spam calls. Sure, it might be an inconvenience at best — but it could mean a breach of data safety at worst. Unfortunately, there's no one-solve fix for blocking unwanted calls. But if you sign up for the National Do Not Call Registry, you're definitely taking a step in the right direction.

A 2019 Federal Communications Commission (FCC) report revealed that half of all calls made to U.S. cellphones for the year were spam. Even worse, approximately 90% of these spam calls were predicted to have area codes familiar to the person receiving the call, which can make them more inclined to actually answer it. But it's not just the familiar area codes that make these calls frustrating: CNN reports that unwanted calls are also becoming more and more advanced, so that robotic voices sound more realistic. Combined, this makes it increasingly difficult to tell what is an unwanted call, and what's an important call from your billing company.

One thing you can do to combat these calls is to register for the National Do Not Call Registry. All you have to go is go to donotcall.gov, or call 1-888-382-1222 from the phone number you want to register. It's totally free to sign up, too. If you register online, though, you should make sure to click on the link that gets sent to your email within 72 hours. Otherwise, your name won't go on the registry.

Once you're on the list, don't expect to stop receiving unwanted calls from telemarketers — at least not right away. According to the Federal Trade Commission (FTC), it can take up to 31 days for your registry to process. If you keep getting unwanted calls from telemarketers after that point, however, you can check to make sure your Do Not Call registration went through by going to that same site listed above or calling that same number.

Unfortunately, adding your name to the National Do Not Call Registry isn't a total fix and doesn't stop every single unwanted phone call. In fact, it doesn't actually block any calls at all. Rather, it lets telemarketers from real sales companies know they're not allowed not to call you. Meanwhile, scammers and robo-callers from fake, illegal, or otherwise unregulated companies aren't affected by this list, because they're not working from a legal operation to begin with.

Luckily, there are other troubleshooting measures you can take to prevent some of these other unwanted calls. For example, you can check out the number of call-blocking apps that have been approved by the Cellular Telecommunications and Internet Association (CTIA), a trade association representing the wireless communications industry in the United States.

Per that CTIA page, you'll first be asked to select your wireless carrier, and from there, the CTIA will provide a number of tools and tips for how to minimize all those annoying calls. If you have an iPhone, for example, it recommends apps, and even lets you know the features and the price, if any, of downloading the app. Apple Support also offers a breakdown of suggestions for how best to use apps to block unwanted calls.

Lastly, the CTIA suggests that you report scam calls to the FTC or FCC, by calling the FTC at 1-877-FTC-HELP or the FCC at 1-888-CALL-FCC. It feels annoying to take that time out of your day to do so, but it might just prevent that number from harassing countless other people in the months to come.