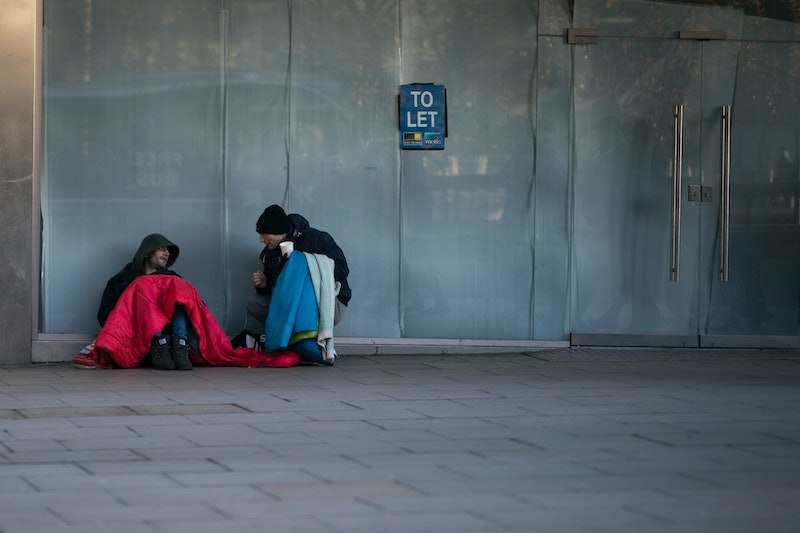 On Wednesday, the weather in Chicago is predicted to drop so low that it'll pose an immediate threat to anyone who stays outside for even small periods of time. Of course, this could have a lethal impact on people who can't escape the cold. So if you're wondering how to help homeless people in Chicago over the coming days, there are plenty of ways to do so.

To The New York Times, a homeless man named Tony Neeley said that he was "afraid" of the cold temperatures in Chicago. He said, “A lot of us don’t go to the shelters because of bedbugs, we don’t go because people steal from you, we don’t go because you can’t even really sleep in the shelter. But my feet are cold, and these clothes are all I’ve got.”

The city of Chicago has as many as 80,000 homeless people living within its boundaries, per The New York Times. The publication further notes that Chicago Mayor Rahm Emmanuel said during a briefing on Tuesday, “No one in need of a safe or warm place to stay will be turned away. No one.”

Whether you live in Chicago or thousands of miles away, here are some ways you can help keep homeless people safe and warm when the temperatures drop to such extreme levels: