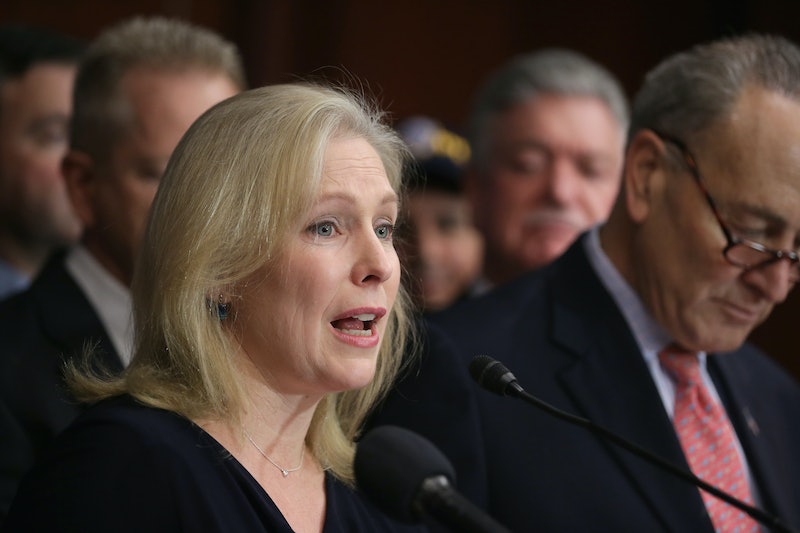 On Tuesday, Democratic Sen. Kirsten Gillibrand of New York announced she will sponsor a women's health amendment in the face of a possible repeal of the Affordable Care Act (ACA) shortly after Donald Trump takes office. If the ACA is repealed, this amendment could be vital in helping ensure that women's health rights (and their lives) are protected, which is why it is exceedingly important to advocate for its passage.

Gillibrand will seek to have the women's health amendment attached to the Fiscal Year 2017 Budget Resolution. If passed, the Amendment will protect specific provisions of the Affordable Care Act related to women's health; thus, even if the ACA were repealed, these elements would remain in place.

The women's health provisions that Gillibrand plans to include in her amendment cover a significant breadth of women's health services and issues, some of which are relatable and relevant to nearly all American women. According to North Country Public Radio News, these provisions include ensuring that women are not charged more than men for healthcare due to their gender; banning insurance companies from using pregnancy as a pre-existing condition to deny coverage; requiring medical facilities to provide women with reproductive and maternal health-specific preventative care without co-pays; mandating insurance companies provide maternity care coverage; and prohibiting insurance companies from discriminating against providers who offer reproductive health services to women.

The protections laid out in Gillibrand's proposed amendment, while seemingly basic and essential health services for women, are absolutely at risk of being eliminated should the ACA be repealed. Indeed, prior to the ACA, women purchasing individual health insurance policies could rarely find ones that covered maternal care. Pregnancy was overwhelmingly viewed as a existing condition by insurance companies and, in some cases, even allowed them to deny women coverage. Furthermore, preventive health services, such as well-woman checks and mammograms, were either unavailable through insurance or only available through co-pays or deductibles. In addition, birth control, typically available for free under the ACA, was often quite expensive and unaffordable for many women in the pre-Obamacare United States.

Since the ACA provides many imperative health protections for women at all stages of life, it is incredibly important to advocate to make sure the amendment is passed should the ACA be repealed in its entirety.

Once Sen. Gillibrand files the amendment, you can advocate for its passage by contacting your elected officials in Congress, especially your senators. If you do so, indicate that you are concerned about women's health protections if the ACA is repealed, and encourage them to support Gillibrand's amendment, both in the Senate chamber and in public forums, like their personal Twitter accounts.

In addition to reaching out to your elected officials, you can also help encourage the passage of Gillibrand's proposed amendment by spreading the word about the dangers that a potential repeal of the ACA poses to women's healthcare, and encourage others to speak out in support of the amendment. Simply sharing this message in your friend groups or via your social networks can go a long way in raising awareness and bringing more advocacy attention to the issue.

Women's rights and lives are at stake if the ACA is repealed, and Gillibrand's proposed amendment is seeking to create a safety net in case this repeal moves forward. Thus, I believe it is absolutely essential, for the sake of every woman, to advocate to make sure that this amendment is passed and that women's health protections are guaranteed.