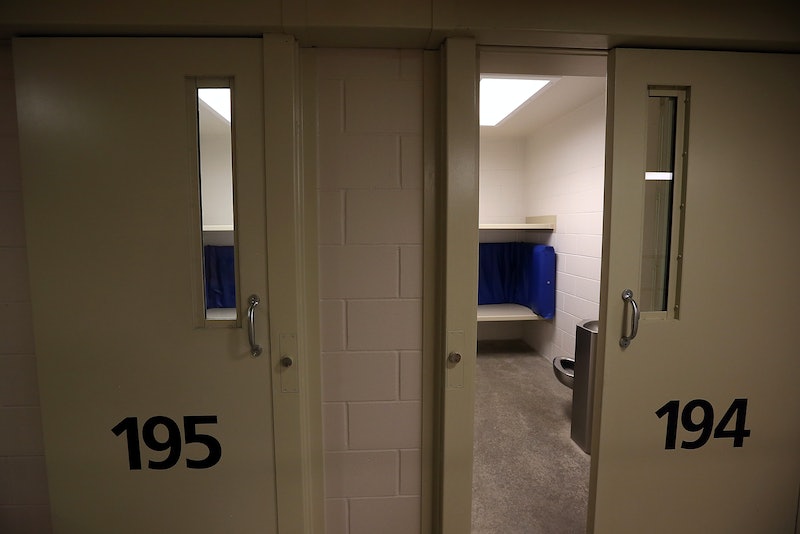 Due to a technical error, a Tennessee man is now back in prison after being released two years ago — and after having already spent 21 years behind bars. If you're wondering how to help Matthew Charles get his sentence commuted and attain his freedom once again, there are several ways you can contribute your time and resources.

According to The Root, Charles was originally sentenced to 35 years to life in prison in 1996 after being convicted of distributing crack cocaine and of possession of a firearm. In 2016, Charles was released from prison after he received a sentence reduction based on new guidelines developed by the Obama administration.

However, following his release, federal prosecutors appealed Charles' case, saying that, because he was considered a "career offender," the sentencing reduction should not have applied in his case. According to Nashville Public Radio, the Court of Appeals ruled in favor of the prosecution, with Judge Aleta Trauger saying on March 28, 2018 that her "hands were tied" by the law. Trauger ordered that Charles must report back to prison by May 14. In announcing her ruling, Trauger complimented Charles for his "exemplary rehabilitation" and noted that his case was "sad."

Indeed, Charles has been a model of rehabilitation, both during his time in prison and afterward. Nashville Public Radio noted that, during his 21 years in prison, he took college classes and became a law clerk. Moreover, he never had one disciplinary infraction throughout his entire incarceration. After his release, he seemed to adjust to life outside of prison with ease, holding a steady job, doing regular volunteer work, and entering into a serious relationship with his girlfriend, Naomi Tharpe.

Now that he is back in prison, many are demanding Charles' release, citing the significant time he has already served along with his model rehabilitation. Much of the focus has centered on convincing President Trump to commute his sentence so he can once again be released. If you want to help Charles regain his freedom, there are several ways you can advocate on his behalf.