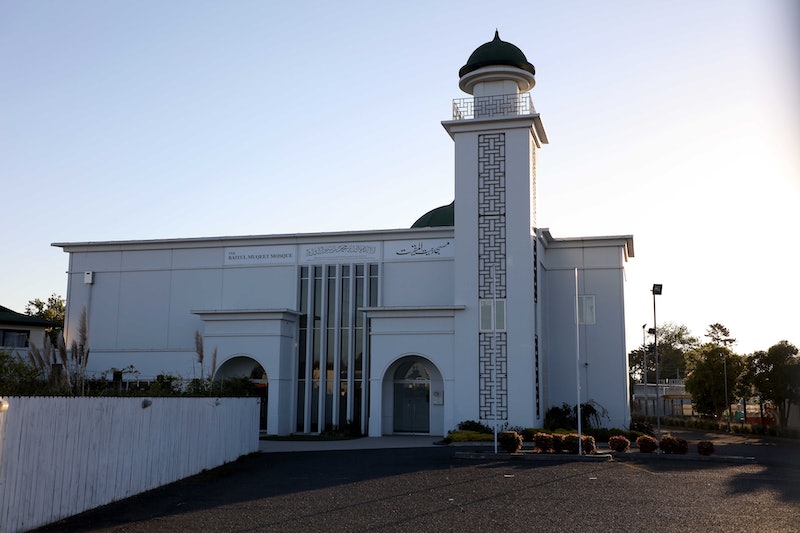 The deaths of 49 people in a gruesome terrorist attack on two mosques in Christchurch, New Zealand, have left many looking for ways to help those impacted by the violence. While lending a helping hand may seem difficult to those living outside of the country, there are ways to help those affected by the New Zealand mosque shootings, even if you live across the ocean.

Friday's shootings at Al Noor Mosque and Linwood Mosque were officially deemed a terrorist attack by New Zealand Prime Minister Jacinda Ardern. "It is clear now that this can only be described as a terrorist attack," Ardern said in a televised press briefing. She claimed the country had been targeted by people she described as having "extremist views" because of its commitment to diversity and tolerance.

New Zealand police have said they've since taken three people into custody that they believe are connected to Friday's attacks, including one 28-year-old man they charged with murder.

As the Christchurch community came to grips with what happened Friday, a number of organizations have come together to support victims and their families.

Among those organizing to aide victims in the aftermath of Friday's shootings is the New Zealand Islamic Information Centre (NZIIC), which established a crowdfunding campaign for Christchurch victims.

"All proceeds will help with the immediate, short-term needs of the grieving families," NZIIC wrote on their LaunchGood campaign page.

According to LaunchGood, NZIIC's crowdfunding campaign for Christchurch victims is set to run until March 30, at which point all funds raised will be collected by the nonprofit and distributed.

Victim Support, New Zealand's leading provider of support services to homicide victims and their families, has also launched an official fund to assist those impacted by the Christchurch shootings.

"All donations received through the fund will be ring-fenced to provide resources and support to those affected by this horrific event," the organization said Friday.

Donations to that fund can be made via Victim Support's GiveALittle page, here.

Write A Letter Of Support

Support doesn't always have to come in the form of a cash donation. Those eager to assist people affected by the Christchurch shootings who find themselves short on extra funds right now might consider sending a handwritten letter of support to either of the Christchurch mosques or to a mosque in their own community. You might also consider checking in with Muslim friends, offering them your support and company if desired.

In an effort to show support and solidarity with New Zealand's Muslim community, you could also attend or organize a vigil for Christchurch victims in your own community. On Saturday, hundreds of people reportedly gathered at Lakemba Mosque in Sydney, Australia, to pray for those killed at Al Noor Mosque and Linwood Mosque, The Advertiser reported.