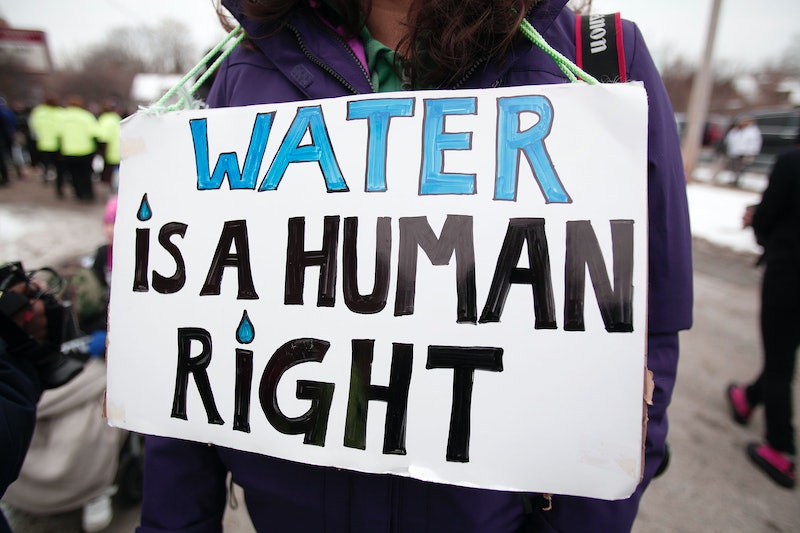 Given the water crisis unfolding in Newark, New Jersey, finding out if there's lead in your water is a must if there's even the slightest possibility it's contaminated. Unfortunately, it's impossible to smell or taste the presence of lead in your water. However, there are several ways for you to ensure you're drinking clean water wherever you live.

According to Business Insider, the drinking water in Newark has shown lead levels that exceed the EPA's safety threshold three times over in the last two years. The city is now offering bottled water bottles en masse to the community as officials work to permanently remedy the problem, per The New York Times.

Of course, this isn't the first time in recent history that lead contamination has been a national issue. The Flint water crisis in Michigan began in 2012 and the city is still actively responding to the issue, according to CNN.

Primarily, lead contamination in water is an issue because of the health risks it poses; according to the EPA, lead poisoning can damage the central and nervous system, can impact fertility, and can lead to learning disabilities, among other significant symptoms. Since lead can't be detected by sight, smell, touch, feel, or taste, it requires you to do some actual testing or research to find out what chemicals are present in your water.

Here are three quick steps you can take to find out whether lead is present in your water supply: