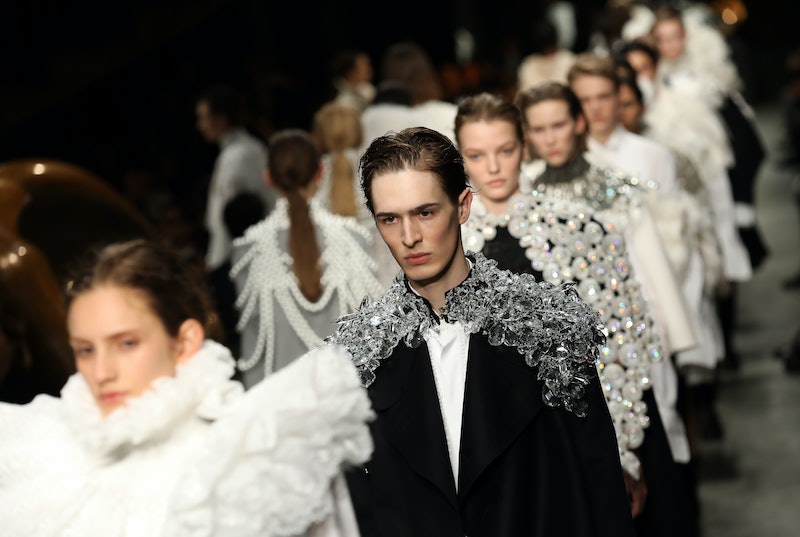 Burberry's September 2017 show takes place 7 p.m. BST, which is 2 p.m. ET, today at the Old Sessions House in London, so you'll want to have your computer ready to go a little bit before 2 pm ET to catch the live stream (although, let's face it, fashion is notoriously late, so you can probably tune in at 2:15 p.m. ET and be fine).

Burberry will make all of the items from the collection immediately available for purchase after the show, as they have been doing since September 2016. Unlike most ready-to-wear brands, which show their spring collections for the following season in September, Burberry shows an of-the-moment collection that fans can buy right away. So while most shows this time of year are dubbed "Spring/Summer 2018," Burberry's is just September 2017, which probably makes a lot more sense to most potential shoppers.

Burberry hasn't released any stats about whether the see-now-buy-now method of fashion shows is successful, but considering they're still doing it each season, it probably is working out well for them. Plus it's nice for consumers who can watch the show on YouTube, see pictures on Instagram, and then buy the piece they're lusting after right away.

If this collection is anything like Burberry's September 2016 collection, you can expect classically British pieces, like trench coats, structured blazers, high collars, lots of shearling, and muted colors. Clothes for both women and men will be shown today, which is much more convenient than showing menswear during men's fashion week in July and then women's in September.