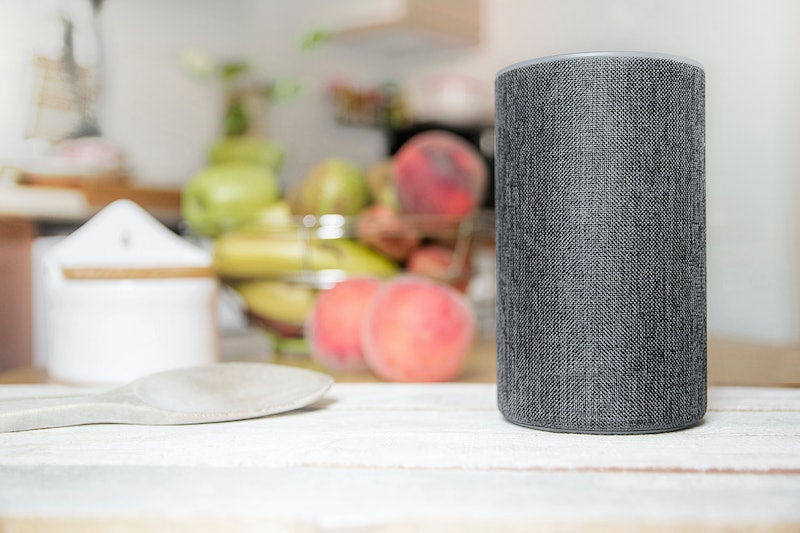 Amazon Alexa-enabled devices are pretty handy — you can ask for bits of trivia, find out the current weather, and even buy things from Amazon's retail website using your voice. And now, Amazon announced on Friday that customers can talk to Alexa in multiple languages, thanks to its new Multilingual mode. If you're in the U.S., you now have the ability to speak to Alexa in both Spanish and English.

Activating Multilingual mode is super simple — all it requires is talking to your device in Spanish. When your Alexa device detects you're speaking the language, it'll respond in Spanish. To switch back to English, simply talk to Alexa in English, and she'll respond.

This update will likely be helpful for Spanish speakers in the U.S. and people who speak English and Spanish at home, but it's also useful if you only speak English and want to pick up a new language. There's no need for a study partner when Alexa is able to have conversations with you on the daily. The new feature isn't just for U.S. customers, either. Amazon is rolling out Hindi support for people in India, and Canadians will soon be able to speak to their devices in French, according to TechCrunch.

It makes sense for Amazon to cater to a multilingual audience — almost 40 million U.S. residents speak Spanish at home, according to data from the U.S. Census Bureau, and more than 16 million of those people don't consider themselves good English speakers. Bilingual speakers often switch between languages in spoken conversation, so being able to do the same when talking to Alexa might feel more natural. CNET reports that Alexa was already available in Spanish in Mexico and Spain, but the new development makes it accessible for Spanish speakers living in a primarily English-speaking country.

When the company first announced its new Multilingual mode was coming in September, Amazon's Senior Vice President of Devices Dave Limp said, "There are billions of households around the world that have dual speakers — sometimes, three languages in a single household. We want Alexa to work great in that."

Multilingual mode isn't the only new feature that got attention on Friday. Alexa also has a new Spanish voice and local knowledge, according to a press release from Amazon. You can get information from Univision and Telemundo when speaking to Alexa in Spanish, and the company has added a range of Spanish-compatible Alexa Skills. On top of that, Alexa will start offering more diverse music options. Beginning on Friday, you can ask Alexa for Latin music in Spanish, and she'll pull new curated playlists from Amazon Music. Playlists include Bachata, Mexicano, Reggaeton, and Salsa music.

And if you want Alexa to translate a sentence into other languages, you can download a free add-on from the Alexa Skills website called Translated. From there, you can translate a phrase into dozens of languages.

It's not clear if Amazon will add other languages for U.S. Alexa users, but the Spanish and English feature is definitely a welcome addition.