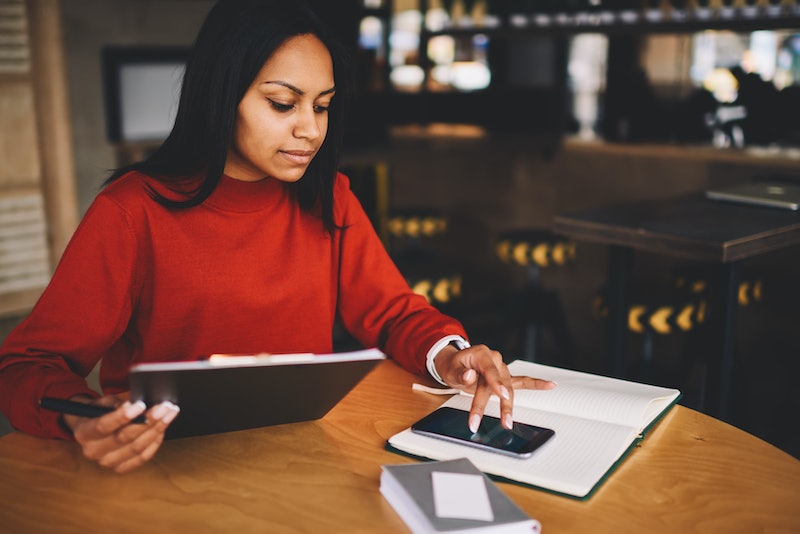 While Apple's latest iOS 13 update has lots of fun new features, some iPhone users on Twitter are saying they can't track down or sync their Reminders after installing the update. The good news is, you can still retrieve your iPhone Reminders after updating to iOS 13, so all hope is not lost. Chances are, your old Reminders are just hanging out in the Cloud.

On its support site, Apple explained what people upgrading to iOS 13 should expect in regards to the Reminders app. It states that if you update your phone to iOS 13 and then upgrade the Reminders app, you won't be able to access Reminders on your iPad or your Mac if they're running older operating systems. In other words, you won't be able to see Reminders on your Mac until macOS 10.15 Catalina is here. It's expected to be released sometime in October, but Apple has not yet confirmed the official release date, Tech Radar reported. Moreover, as Gadgets 360 noted, this issue also means you might not be able to see older Reminders on your iPhone once you upgrade the app in iOS 13.

If this has happened to you, Apple says there is a way you can still get all of your info back. According to the company, "You can always see your reminders on a Mac or PC by signing in to iCloud.com with a compatible web browser." As it turns out, your Reminders aren't gone forever.

If you log into your iCloud account on the internet and click on the Reminders app, you should be able to see all the Reminders you had in place before you upgraded your app in iOS 13. From there, you can choose whether you'd like to restore them. However, some users, including Nick Statt of The Verge, are reporting that they can't see any newly created Reminders (those made on their devices running iOS 13) in their iCloud accounts, so be aware that you may have to access different reminders in different places. Bustle has reached out to Apple for comment.

If you're concerned about these issues and want to wait to upgrade your Reminders app, you can delay the process to be on the safe side. When you open the Reminders app on your iPhone for the first time after upgrading to iOS 13, you can select "upgrade later" instead of "upgrade now," Apple reported. If you choose this route, you can likely wait to upgrade your app until Apple releases macOS 10.15 Catalina, which could fix the syncing issues the app is having right now.

While the Reminders issues are probably frustrating if you use the app to keep yourself organized and on-schedule, there are at least a few workaround options that can help your retrieve your data for now. And, of course, once Apple's latest Mac operating system upgrade is released, these issues will hopefully be completely resolved.