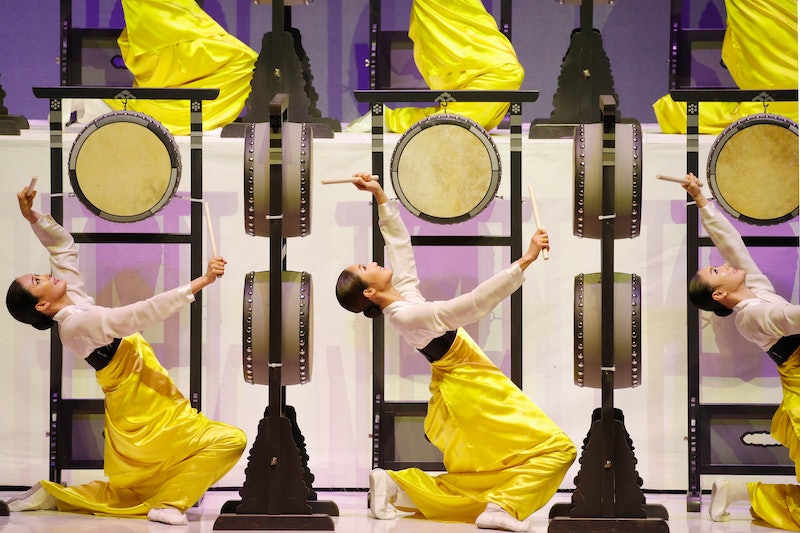 This year's Winter Olympics will bring athletes from around the globe to PyeongChang, South Korea. With two full weeks of skiing, figure skating, and ice hockey, there's sure to be some jaw-dropping athletic feats. The games kick off on Feb. 8, and the following day you can stream the 2018 Winter Olympics Opening Ceremony from the comfort of your couch (though the time difference might discourage you from watching it live).

NBC Olympics will stream 1,800 hours of the Winter Games on NBCOlympics.com in the United States, and viewers without a login will be able to watch 30 minutes of coverage the first time they tune in and 5 minutes each day after that. If you have an NBC login, you're free to watch all 1,800 hours online or on cable, Amazon Fire, Apple TV, Chromecast, Roku, Win10, or Comcast X1 via the NBC Sports app.

"Our most comprehensive digital offering ever is specifically designed to satisfy modern Olympic viewers, who expect to watch their programming wherever and whenever they want,” said Rick Cordella, EVP and General Manager of NBC Sports Digital, in a statement.

However, if you don't pay for NBC, your best option is social media. Videos of the opening ceremony will no doubt be uploaded to Twitter and Facebook fairly quickly, so you'll be able to catch most of the highlights. Follow NBC Olympics on Twitter (@NBCOlympics) for up-to-date recaps, videos, and photos of the Opening Ceremony and subsequent competitions.

When planning your Olympic viewing party, it's important to remember South Korea is 14 hours ahead of the East Coast and 17 hours ahead of the West Coast. The opening ceremony will begin at 6 a.m. E.T. on Feb. 9, so waiting to watch it after work (or during your lunch break) might be a good move.

The Opening Ceremony is always the most over-the-top aspect of the Olympic games, and 2018 should be no different. It's also worth watching simply because of the controversy surrounding this year's event. The International Olympic Committee (IOC) banned Russia from competing in PyeongChang because of a doping investigation that concluded the Russian Olympic program covered up the use of banned performance enhancement drugs. Individual Russian athletes who tested clean will be allowed to compete, but they won't appear in Russian uniforms or wave the Russian flag. The country's absence will be starkly apparent at the opening ceremony as every other competing country proudly shows off its athletes and flag.

There was also drama involving the United States, as South Carolina Sen. Lindsey Graham asserted that the United States shouldn't go to the Olympics if North Korea competes. "Allowing Kim Jong Un’s North Korea to participate in #WinterOlympics would give legitimacy to the most illegitimate regime on the planet," he tweeted on Jan. 1.

Kim had said earlier that day that "North Korea’s participation in the Winter Games will be a good opportunity to show unity of the people." The country missed the deadline to send a delegation to PyeongChang, but South Korea signaled that it saw the possibility of the North's involvement as an opportunity to improve diplomatic relations.

Of course, the Winter Olympic competitions are already dramatic in their own right, so watching athletes zoom down mountains and land stunning jumps on the ice will be entertaining regardless of who's in attendance. On top of the Winter Olympics' regular programming, four new events were added this year: big air snowboarding, freestyle skiing, mass start speed skating, and mixed doubles curling.

The 2018 Olympic website says the design of this year's medals was "inspired by the texture of tree trunks, with the front bearing the Olympic rings and dynamic diagonal lines that reflect both the history of the Olympics and the determination of the participants." Across every sport, athletes will compete for a total of 102 medals.