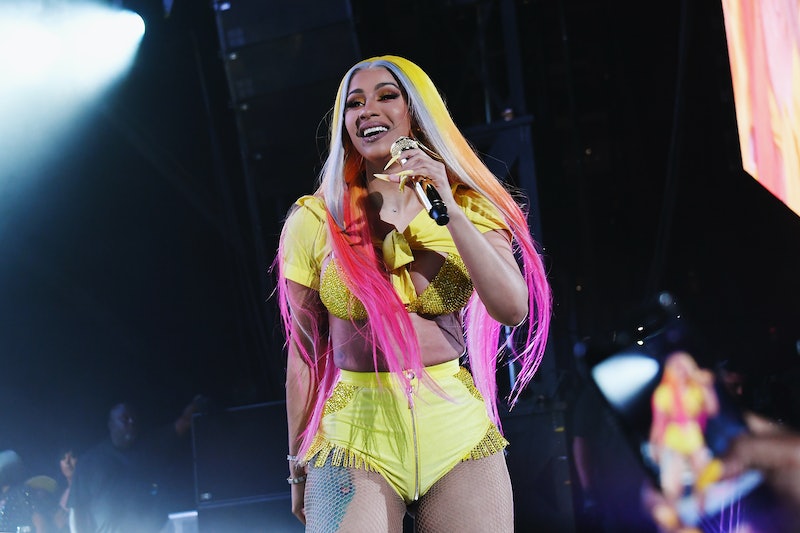 From the sounds of it, the 2019 BET Awards are going to be a pretty unmissable. There will be A-list performers and presenters taking the stage, as well as special awards given out and sure-to-be-touching tributes throughout the night. So if you want to watch but don't have a TV or cable (who does these days?) there are a few ways to stream the 2019 BET Awards online.

BET really wants to make sure you don't miss this ceremony. That's why it's being aired on BET, BET HER, MTV, MTV 2, MTV Classic, VH1, and Logo, according to a press release. With so many channels to choose from, you can catch the ceremony pretty much anywhere. BET, MTV, VH1, and Logo all have their own live TV options on their sites (linked at their names above). That means you can stream the show online just as long as you have someone's cable login. Hopefully your parents can come through in the clutch on this one.

You can also stream the ceremony through the BET Now app, which is available on mobile devices, Roku, Apple TV, and Amazon TV. You will still need a cable login for that, though. Alternatively, you can pay $15 for a month of Sling live TV to access channels like BET, or you can try a free trial of Sling via a new Roku device. If you already have Hulu with live TV, note that it does not include the Viacom channels like BET or MTV.

Once you get how you're going to watch sorted out, you'll need to know when to watch. MTV, Logo, and VH1 are only airing the actual ceremony (beginning at 8 p.m. ET on Sunday, June 23), but BET is offering a lot more coverage before and after the show. According to TV Guide, you can start the night off with the BET Awards pre-show on BET at 5 p.m. ET, follow that up with the actual ceremony at 8 p.m. ET, and then watch the post-show at 11:30 p.m. ET. Loved the show so much that you want to watch it again? BET is replaying the ceremony at 12:30 a.m. ET.

Entertainment Tonight is also streaming coverage of the show free on its website or app, ET Live. You won't be able to see the actual ceremony there, but you can catch backstage interviews and red carpet chats. That coverage starts at 8 p.m. ET.

However and whenever you start watching, you can expect to see a lot of different things. Among the performers are Meek Mill, Fantasia, Lil Nas X and Billy Ray Cyrus, Lizzo, Cardi B, and Migos. Celebrity presenters include Taraji P. Henson, Lena Waithe, Yara Shahidi, La La Anthony, Melina Matsoukas, Al Sharpton, Amanda Seales, Ayesha Curry, and more. The show is hosted by Girls Trip star Regina Hall, and it will also honor the late Nipsey Hussle with the Humanitarian Award, Mary J. Blige with the Lifetime Achievement Award, and Tyler Perry with the Ultimate Icon Award. For the Nipsey Hussle tribute, John Legend, DJ Khaled, and YG are scheduled to perform.

So whether you're tuning in to catch Regina Hall's jokes, Mary J. Blige's acceptance speech, Lil Nas X's performance, Cardi B potentially winning for all seven of her nominations, or something else, it's set to be a pretty good show. Good thing there are so many different ways to watch it.