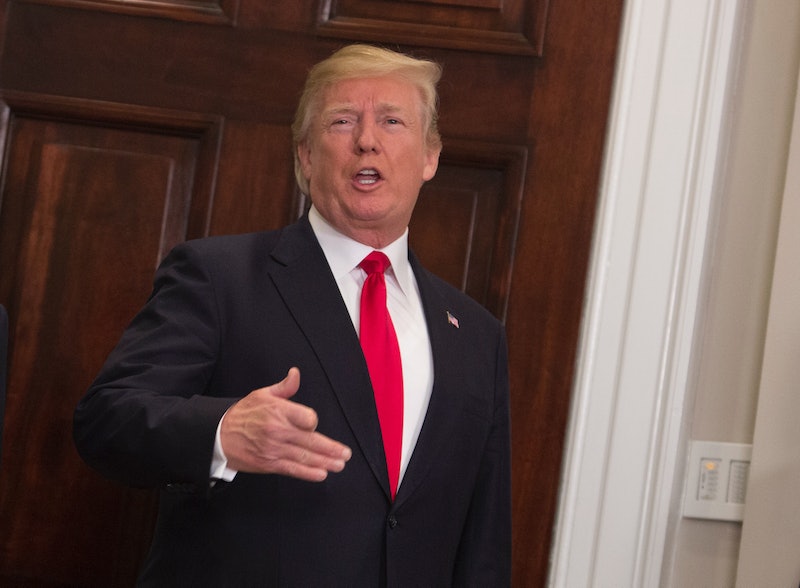 It's that time of the year again — time for the president to address the nation and give everyone a sense of how he thinks things are going. If you don't have access to a TV, you'll need to know how to stream Trump's first State of the Union speech. Luckily for you, the speech will be pretty much everywhere, so you won't have a difficult time finding a good way to watch it.

Constitutionally, the president is obligated to give Congress "information on the State of the Union" periodically, and every president since Woodrow Wilson in 1913 has done that in the form of a speech to both houses of Congress. They first broadcast the speech on the radio in 1923, and now tens of millions of viewers watch the speech every year that the president gives it.

This will be President Trump's first State of the Union, although in 2017 he did give an address to a joint session of Congress. This speech drew 48 million viewers, which beat the 31.3 million who watched President Obama's final SOTU but lost out to the 52.37 million who tuned in for Obama's first one. Generally, presidents lose SOTU viewership as their presidencies go on — so it's likely that this year, all eyes will be on Trump.

All of the major news networks will be showing the State of the Union, and most of them will be streaming them live online on Facebook and elsewhere for free as well. The White House will also be streaming the speech live from the White House YouTube channel, so you'll be able to access that wherever you are in the world. The White House will also have a live stream set up from their Facebook page, which will allow you to watch other viewers' reactions in real time.

Even if you're not a particularly politically-minded person — or especially if you're not a particularly politically-minded person — it's important to watch the State of the Union. The president will usually use the speech to give the country and Congress information about his priorities for the coming year and his view on the past one, so you'll know what to expect. Basically, it sets the tone for the work that Congress and the president hope to do together in the next twelve months.

This year, it will be particularly interesting to see where Trump will go with his speech. His campaign speeches and his inaugural address tended to paint the U.S. as a country mired in darkness and problems, with the inaugural speech giving a particularly dystopic view of the country that he was only just stepping up to govern. Throughout the year, however, Trump has boasted of his achievements in terms of jobs, the economy, immigration, religious freedom, and other areas — despite having signed the lowest number of bills into law since Dwight Eisenhower's first year in 1953.

Obama's final State of the Union, for example, carried an optimistic message, despite the fact that it came at a time when the nation overall was a very tense place. Now, the country seems more divided than it did even at the end of Obama's term, so one direction that Trump could go is to project a message of unity. However, Trump has often chosen to continue with divisive rhetoric rather than attempt to unify.

No matter which direction the president decides to go, you will have multiple choices of how to watch it, whether from the comfort of your own home on the White House's YouTube channel or from a SOTU viewing party at your corner bar.