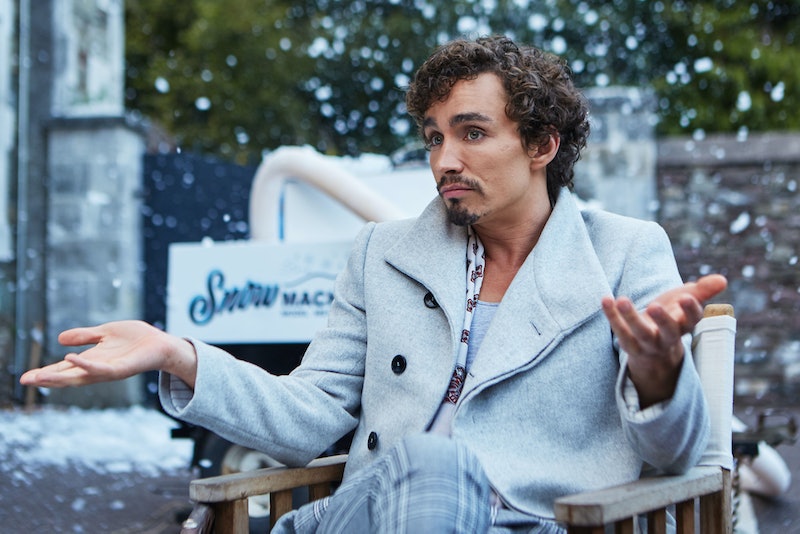 Nothing that says Christmas quite like petty crime and evictions. At least that's the case for Cork's most lovable rogues, Conor and Jock of BBC3 series The Young Offenders. Basically, if you haven't quite got the buzz for Christmas this year, this comedy will make you feel better about it. You may well have fallen in love with the show when you saw the film it's based on, but even if this is your first time hearing about it, you'll want to make the show's Christmas special a part of your seasonal viewing. So, here's how to stream The Young Offenders Christmas special.

The one-off special started streaming on BBC3 on Dec. 14, and will be available for you to view anytime until May. So, if you fancy a springtime Christmas sesh for some reason, then this'll be waiting for you, right here.

The episode takes place during the week of Christmas, but things aren't looking so festive for Conor, Jock, and the residents of their council estate. The boys are facing eviction, and they're definitely not planning on going quietly. In fact, the residents on their road — which also houses Misfits actor Robert Sheehan — have set up a barricade to keep them there.

As you can expect from most Christmas specials, it'll probably leave you crying by the Christmas tree. A hospital trip strengthens the bond between the characters, as it looks as though tragedy might be on the cards for one of them. Their one last dying wish? To have a white Christmas. So, along with having to deal with the pressures of eviction, Conor and Jock make it their mission to make it snow. It leads to some bizarre consequences and appearances, including one from a pretty famous movie star that I won't spoil for you. OK, I will. It's just Robert Sheehan with a goatee.

Joe reported back in November that "Given the fact that the BBC and RTÉ both broadcast the show," it's very likely that the Christmas special will air on Irish TV. That came true on Fri, Dec. 15 when the site confirmed the show's air date — and if you're in Ireland on Christmas day, you'll want to gather the relatives around the TV for this one. As Joe reports, you can laugh off the seasonal beer goggles with The Young Offenders on RTÉ One at 10.35 p.m.

For anyone else, if you're up late on Christmas Eve's Eve then you can also catch the episode on BBC One at 11.15 p.m. If you need anymore convincing, then check out this trailer. If you can't get enough then you're in luck, as BBC Three has uploaded a few behind the scenes clips on its YouTube channel, including this hilarious scene with Sheehan trying to brush off his acting chops onto Connor and Jock.

Those who have seen it on Twitter so far have been loving it, including one user who tweeted: "The young offenders is honestly the funniest programme ever!" So get the tinnies out and everyone around the couch for this one. It's Christmas, lads.