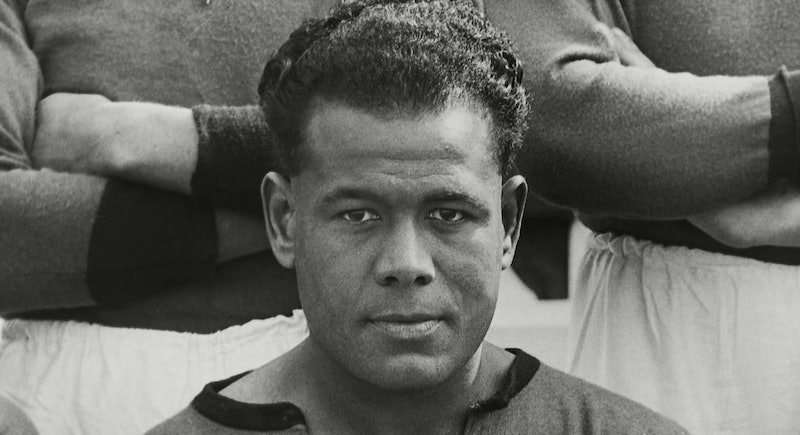 A new campaign is raising funds to erect a statue of Jack Leslie, a star footballer who was denied a place in the England national team in 1925 because he was Black. The crowdfunder is hoping to raise £100,000 in order to build the statue at Home Park, where he played professionally for Plymouth Argyle. It also aims to promote and share Leslie's story, and celebrate diversity and combat racism, particularly in football.

Who Was Jack Leslie?

Jack Leslie was a talented footballer who played for Barking Town, before moving to third-division club Plymouth Argyle. He scored an incredible 137 goals during his 14 years at the club, but his time there was marred by racial abuse.

In 1925, Leslie was told by team manager Bob Jack that he had been selected to play for England in a game against Ireland. However, Leslie never made it to the game, and his granddaughters, who are still alive today, explain this was not to do with his talent, but the colour of his skin.

"I believe that the manager sent in his request, saying: 'I've got a brilliant player here, he should play for England,'" said Lesley Hiscott. "So then someone came down to watch him. They weren't watching his football. They were looking at the colour of his skin."

"And because of that, he was denied the chance of playing for his country," she continued.

Leslie eventually had to retire from football, and later went on to work in the boot room of West Ham, cleaning the boots of footballers such as Bobby Moore and Geoff Hurst.

How Can You help?

You can donate to the Jack Leslie campaign on the official website, as well as signing up the mailing list for updates. It goes without saying that sharing the story and campaign link on social media will also help the cause.

Viv Anderson, who was the first Black player to play for England, 53 years after Jack Leslie should have, is supporting the campaign.

"I'd never heard of Jack Leslie until up to two weeks ago," he told BBC News.

"And that's a crying shame, because what he achieved and what he did should be paramount in every Black person's mind. It's a crying shame but hopefully the statue they are trying to get erected will carry on his legacy."

Speaking about the efforts, campaign co-founder Greg Foxsmith says: "At a time when some statues are being pulled down, we want to put one of Jack Leslie up to commemorate his amazing achievements and to remember the injustice that he suffered."

More like this
Pret & Costa’s Coffee Is The Strongest On The High Street, According To Which?
By Sam Ramsden
Twitter Has *A Lot* To Say About The "Single Penalty”
By Sam Ramsden
Gen Z Are Twice As Likely To Identify As Queer, According To New Data
By Sam Ramsden
This Is When Netflix Is Going To Start Charging You For Sharing Passwords
By Darshita Goyal
Get The Very Best Of Bustle/UK
Sign up for Bustle UK's twice-weekly newsletter, featuring the latest must-watch TV, moving personal stories, and expert advice on the hottest viral buys.