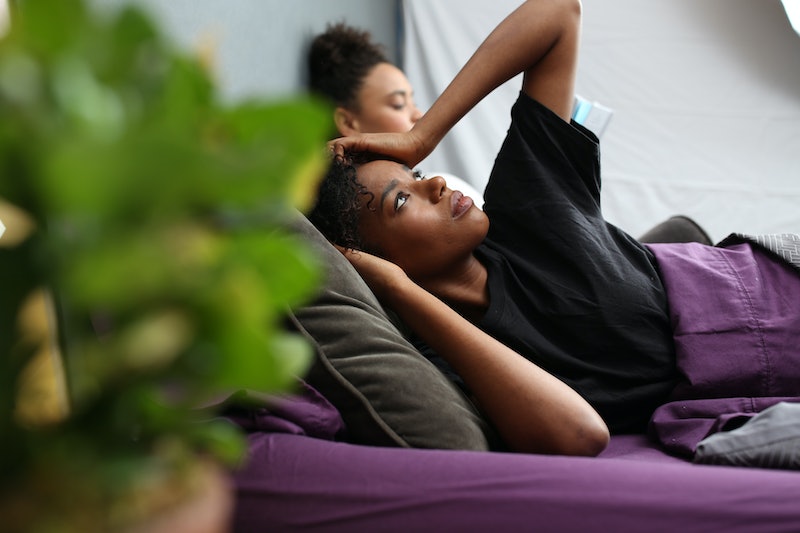 Sometimes, the hardest part of living with a mental illness isn't the symptoms, or the management — it's dealing with stigma from other people. And unfortunately, many people who live with mental illness face stigma from family or friends when they try to talk about it. That lack of support, whether it comes in the form of anger, denial, blame or ignorance, can make symptoms worse, particularly if you're in a position where you're dependent on those people for your mental health treatment and care. But you can talk to your family about mental health even if they don't understand it — and there are other ways to cope with the situation, too.

While many celebrities and public figures have helped demystify many mental health conditions by going on the record about their experiences, there are still widespread misconceptions about mental illness and how people who live with them function. Virginia Pillars, a support group leader with the National Alliance on Mental Illness (NAMI), tells Bustle that a lack of support from families is pretty common. "I hear many people share that they have no support from their families," she says. "They hear that it's their fault, that they're lazy, that they should stand on their own two feet."

If you've told your family or friends about your mental health, only to be met with crickets, it can be helpful to view their actions, though hurtful, as expressions of their concern for you; and while it shouldn't be up to you to educate them about why you're hurt by their stigmatizing behavior, often times it takes your voice to help them understand where you're coming from. (It should be said, by the way, that there's no rule that says you have to disclose mental illness to people who won't support you.) But if you are open to helping your family understand your mental health needs, here are a few things to try.

More like this
The Best Time To Date After A Breakup, According To Experts
By Bustle Editors
Ashton Kutcher Opens Up About His Battle With Rare Autoimmune Disorder
By Radhika Menon
Why Experts Say Sleeping With A Fan On Isn’t Totally Risk-Free
By Sophie McEvoy
20 Things You Should Never Tolerate In A Relationship
By Rachel Sanoff and Kathleen Ferraro
Get Even More From Bustle — Sign Up For The Newsletter