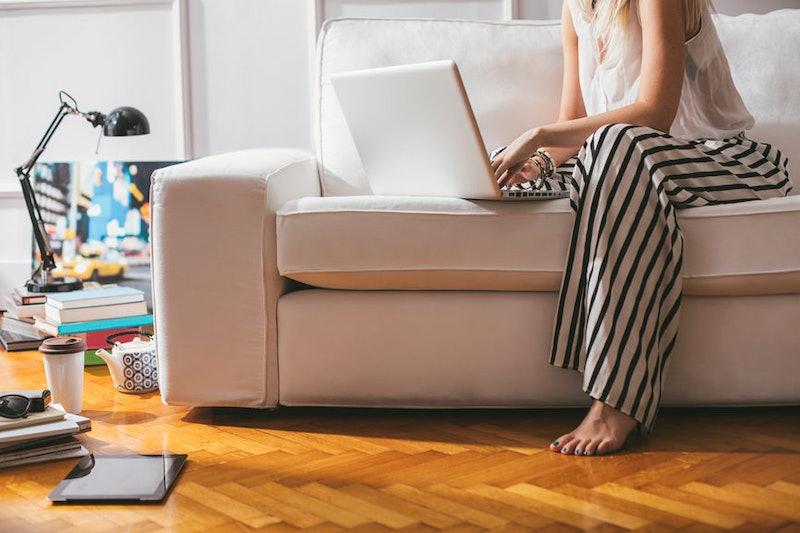 Social media is pretty much the forefront when it comes to keeping the world connected. There's seemingly an app for everything whether it's for chatting to your mates, keeping up with certain celebs, or simply documenting your life meal by meal. However, relying on this form of connection too much can form a very unhealthy habit. So to find out how to tell if you are addicted to social media, I spoke with Nuno Albuquerque, an addictions counsellor and group treatment lead at UK Addiction Treatment Centres (UKAT).

"Social media addiction is a relatively new phenomenon, one that hasn't yet been recognised by the World Health Organisation," Albuquerque tells me, "but we know through our first hand treatment experience, that it is as real an addiction as gambling or sex, because these types of compulsive behaviour share a lot of similarities."

According to Business Insider, social media really began to infiltrate the collective consciousness in the 1990s with the invention of the world wide web. However, despite its relatively short life span, social media and its detrimental impact has an abundance of research attached to it due to how accessible it has become in the past three decades through smartphones, computers, laptops, and tablets.

Scrolling through your Insta and Facebook feeds for a few minutes or tweeting the odd thought here and there obviously isn't something to worry about, but if your social media use starts to have a "significant detrimental effect on many aspects of your life including relationships, work, and academic achievement," as researchers Mark Griffiths and Daria Kuss pointed out in a joint article for the Washington Post, then "you may have or be developing an actual addiction to using social media."

In 2011, Griffiths and Kuss were the first academics to "systematically review the scientific literature on excessive social media use," arguing that the signs and symptoms "are indicative of addiction similar to what people experience with alcohol or drugs." A study by Chicago University in 2012 also suggested that "the strong desire for electronic communications" outweighed that of cigarettes and alcohol. "Desire for media may be comparatively harder to resist because of their high availability and also because it feels like it does not 'cost much' to engage in these activities, even though one wants to resist," lead researcher Wilhelm Hofmann on the Chicago University told The Guardian.

However, as Albuquerque explains, "there is no hard scientific evidence to say that, if a person spends 'X' amount of time on social media, then they are addicted." He continues: "It isn't possible to take this type of approach to quantify a process-based addiction, because the level of the problem is dependent on the individual. But there are ways to understand if there could be a problem."

When it comes to "identifying signs and symptoms", Albuquerque tells me that they would "observe the individual when they are not on social media" and ask them questions such as:

"In essence, if a person's social media usage is so excessive that it interferes with their normal social functioning, then that person needs to be evaluated by a professional," he says. If you feel as though your screen time is becoming a problem, book an appointment with your GP, who will be able to direct you to the appropriate support.

UKAT also have a detailed guide about social media/internet addiction, which is a useful resource to have if you identify with any of the above symptoms.