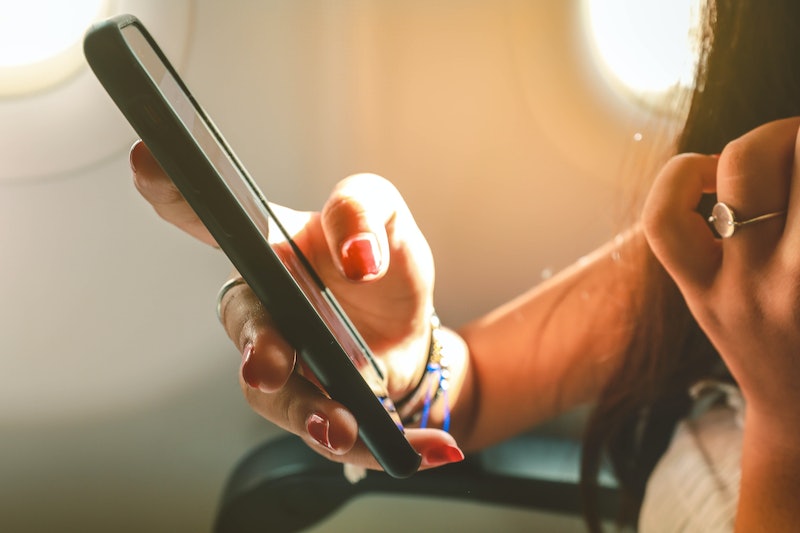 In 2015, Apple introduced Live Photos to its Camera app, and you've probably been taking photos differently ever since. In case you didn't know, Live Photos gives you the ability to capture 1.5 second videos instead of still shots — kind of like a GIF. And while this feature is fun and exciting, Live Photos can take up a lot more space than regular photos. This is just one of the reasons you may prefer to turn off Live Photos on your iPhone.

The Live Photos feature is automatically enabled when you first use your iPhone, according to CNET, and if you want to turn it off, you have to do it directly through your Camera app rather than through your Settings. If you open your Camera app and look at the top of your screen, you'll notice a bunch of different icons — you just have to click on the circular icon in the middle. If the icon is yellow, it means that Live Photos is on. Once it's white, that means you've successfully turned Live Photos off. In other words, you can turn the feature on and off as you please. And whichever setting you leave it on, it'll remain on that setting even after you quit or close out of the Camera app.

If you've already taken some photos in Live Photos mode and want to switch them over to regular stills, or "key photos" as Apple calls them, there are two ways to do this. The first involves going into your Photos app and tapping the photo that you want to convert. From there, you'll want to press the Edit button in the upper righthand corner of the screen. Then, you'll see the photo represented as a bunch of stills — you just slide the yellow box to select which frame you want. After taking your pick, just click on "Make Key Photo" and then "Done."

The second way you can turn a Live Photo into a still is by using the "Duplicate Photo" option, TenorShare, a smartphone solution site, explains. First you go into the Photos app and select the photo that you want to convert into a still. Then you click on the "Share" button located at the bottom-left of your screen. From there, you select "Duplicate" on the square icons. After the "Options" screen pops up, you choose "Duplicate as Still Photo," and your Live Photo will remain saved, but there will also be a duplicated still photo saved next to it. If your concern is iPhone space, you can just delete the Live Photo and keep the still.

Whether you want Live Photos or stills, the method is easy and the option is yours.