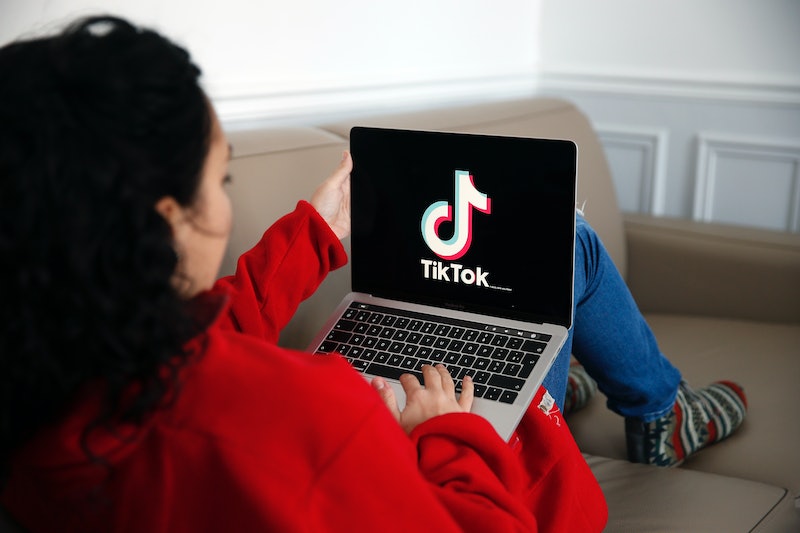 With its parent company boasting a staggering 1 billion users, chances are you've heard of TikTok, even if you don't have an account yourself. Similar to other popular social media platforms like Instagram and Twitter, it uses hashtags to help users categorize and discover posts. So if you're new to the app and really want to make your account pop, your first step should be learning how to use hashtags on TikTok.

Hashtags are mostly used on TikTok to group similar videos together. For example, you might see #dance on a dance video, which are popular on the app, or #besties, #dancechallenge, and #naenae to further categorize the clip. These hashtags help users easily discover new videos, too. The same way you might use Instagram's #ootd to find different fashion posts on the app, TikTok users might use hashtags like #tutorial to find quick and easy makeup how-tos. But aside from being used to lump similar TikTok videos together, hashtags are also how users try to make it to TikTok's "For You" page.

Similar to Instagram's Explore, TikTok's "For You" page is a compilation of TikTok videos that the app thinks you'd like, based on an algorithm that takes your previous watching and search history into consideration. But this isn't just for you specifically (despite the name of the page). Some videos on the For You page are shown universally just because they're so popular.

And by being featured on the main page right as you open up the app, the videos in the For You section have a greater chance of gaining more attention and traction. This means that the owners of the videos have a better shot at getting more followers, too. It explains why you'll often see users post videos with hashtags like #foryourpage or #makemefamous in the captions. From videos of people lip-syncing popular songs to small 1-minute-or-less comedy sketches, TikTok's For You page will have you scrolling endlessly through different types of content.

If all of this sounds vaguely familiar to you, that's because TikTok is really similar to an older app called Musical.ly. The Musical.ly app, which hit 100 million users before being replaced, was bought out by ByteDance — the Chinese company that created TikTok — in 2017 to help the company break out into the American market, The Verge reports. In fact, those that had Musical.ly already downloaded onto their phones saw the app update and change to TikTok back in August 2018.

Whether you want to discover content you like, help others find your videos more easily, or even get on the For You page, hashtags are central to getting the most out of your TikTok account. If you don't know where to start, checking out what's trending (and paying attention to which hashtags those clips use) is always a good bet.