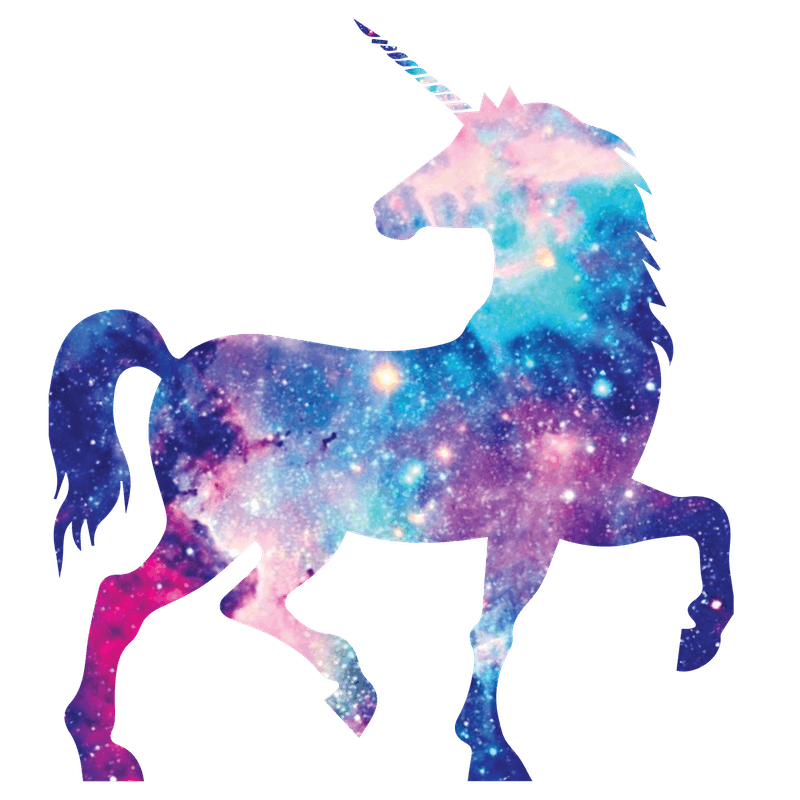 In the wake of Unicorn Frappuccino madness, thanks to Starbucks and their new rainbow-colored ice-blend drink of the same name, people across the country are going rainbow crazy. Rainbow crazy isn't a psychological or medical term, sure, (not yet, anyway) but very well could be in the near future.

Perhaps a question that philosophers will muse about over the course of the next century. Or, perhaps a viral trend that will blow over as quickly as a summer storm, who's to say! In the meantime, while you ponder these heady thoughts, head over to Snapchat because you better believe they've got the most epic unicorn filer you've ever seen. Here's how to use it:

Once you head to Snapchat, hit reverse view and get your face into frame, you're going to want to tap the very first filter option that shows up because, you guessed it: IT'S A UNICORN! And now you can be, too. Without doing anything snazzy, you're already 50 percent more magical looking than you were when you woke up this morning.

You know the rules, once you've got that filter on you, it's time to open your mouth an activate the magic. It sounds perverse, but hey, I didn't make the rules.

Discover Your New Self

In addition to being airbrushed, adorned with fake eyelashes and a faint coating of rainbow dust, you've got hearts for eyes. Admire your new self, you're amazing! You're technicolor! You're radiant! You're more beautiful than you've ever been before! (But only on Snapchat, and only for a limited time.)

Don't stop there. Now that you're the most beautiful and colorful version of yourself, hit reverse view again and paint your room with magic. The moon will shine in the daylight of your surroundings. Stars will appear in the shadows. A cat will fly overhead, taunting you with technicolor dreams. Now good luck going back to your normal life, outside of the filter. It's going to be pretty lackluster.