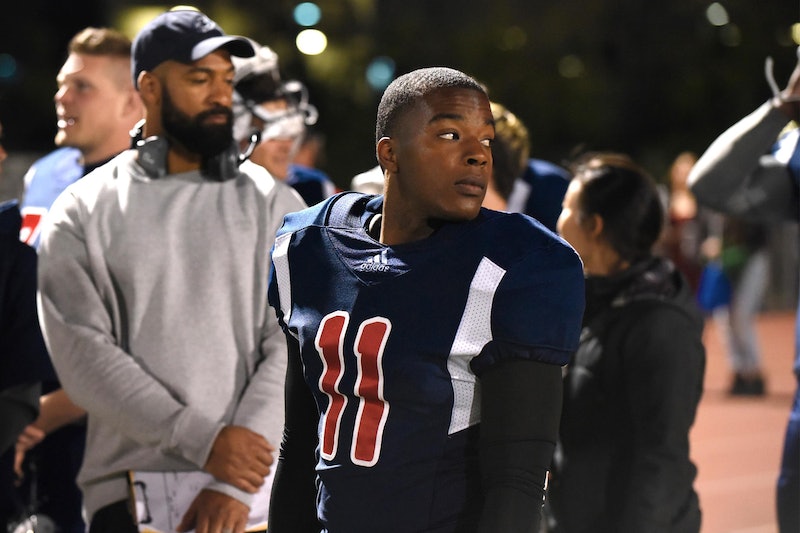 All American / The CW

The hit US show All American is coming back for Season 2. The series is inspired by the life of American footballer Spencer Paysinger and follows protagonist Spencer James as he moves to a very different type of school to play for its American football team. The series has proven to be a hit with US audiences but with Series 2 on the horizon for U.S. audiences, you might be wondering, how to watch All American in the UK.

Series 1 of the show saw Spencer, played by British actor Daniel Ezra, grapple with two worlds while trying to achieve the career in football that he wants — his home in Crenshaw, which is marred by gangs and violence, and the haughty Beverly Hills High, where he doesn't feel he belongs.

All American currently has its home on the CW channel and Netflix U.S in the U.S but as of yet there hasn't been any word on whether or not it will be coming to the UK. The CW channel is also home to U.S shows Riverdale, Arrow, and The Flash so if All American were to be made available to UK viewers it's likely that it would make an appearance on Netflix or Sky. I've reached out to a representative of the CW channel for a comment and will update you as soon as I hear back. But until then, it looks like we're gonna be waiting a bit longer to watch this show in the UK. Sigh. I would advise keeping off all All American Twitter threads in the meantime because spoilers are really not the one.

The Express reports that season 1 premiered with an order of 13 episodes and then three more were added. So could it be that the second season follows suit with 16 episodes, too. It picks up where the first season ended, but this time, according to the official show description given to Digital Spy, Spencer has a pretty tough decision to make. It reads: "Does he stay in Beverly Hills and play for Coach Billy Baker (Taye Diggs)? Or does he move back home to South LA, reunite with his mother, Grace (Karimah Westbrook), brother Dillon (Jalyn Hall), and play for his father, Corey (Chad Coleman) — the new head coach for the South Crenshaw Chargers?" Sounds pretty exciting, right?

One of the best things about All American is the attempt to rewrite the narrative of "all American" only pertaining to white people. The show and cast definitely do a great job at representing a the diverse US community. So, like members of the cast, I'm pleased it's back for more.

Speaking to Deadline about the upcoming season, Taye Diggs who plays Coach Billy Baker said "we were all very hopeful and very encouraged because we knew we were part of something special. Nobody knows what goes on behind closed door or how decisions are made… I acted as if we were coming back and was very hopeful. I had no idea that the show would do as well as it did on Netflix… I was very grateful and relieved." Cody Christian who plays Asher Adams added that the show is a "huge blessing". I guess we'll just have to keep everything crossed that All American airs in the UK sometime soon. Pretty please.