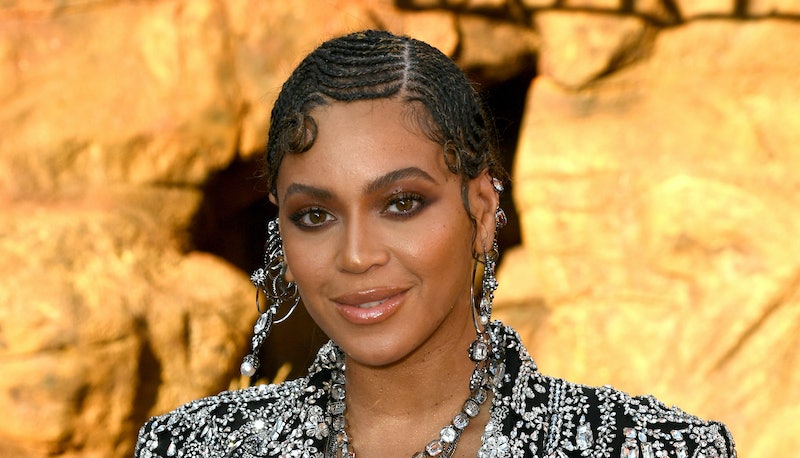 She inspires her Beyhive and just about everyone else paying attention every single day, but Beyoncé has really done the most in 2019. Fans were wowed by her performance in the remake of the Lion King in July 2019 and I’ve had her accompanying album playing on repeat ever since. She continues to raise the bar and has just announced a new project which has sent fans into overdrive. But there’s one question on their lips. So, how can you watch Beyoncé's Lion King album documentary in the UK?

Making The Gift will document all of the work that went into creating her phenomenal summer 2019 masterpiece. Because giving the performance of a lifetime at Coachella 2018, releasing her first documentary in 2019, and starring in one of the biggest Disney remakes is all in a year's work for Queen Bey.

Beyoncé and ABC announced that Making The Gift would air on Sept. 16 at 10 p.m. in the U.S. Queen Bey has described her album, The Gift, as “a love letter to Africa” and the documentary will give fans an all access pass to the creation of it. I reached out to a representative at ABC to ask how Bey’s UK fans would be able to tune into Making The Gift. I am yet to hear back. The U.S. network ABC is sadly only available in the U.S. so fans in the UK may have to wait to watch her second documentary.

Beyoncé released her first documentary, Homecoming on Netflix in 2019 which documented the massive preparation that Queen Bey went through before her legendary Coachella performance in 2018. And that isn’t the last fans will be able to see of her behind the scenes. Making The Gift follows Beyoncé in her creative process as she created The Lion King: The Gift. There will be interviews, footage from recording sessions, and clips that highlight the influences for Queen Bey’s 27 track album.

The album features collaborations with Jay Z, her cast mate Childish Gambino, Kendrick Lamar, Tierra Whack, Burma Boy, Mr Eazi, Shatta Wale, Major Lazer and so many more. In a press release she said, "each song was written to reflect the film’s storytelling that gives the listener a chance to imagine their own imagery, while listening to a new contemporary interpretation." She continued:

"It was important that the music was not only performed by the most interesting and talented artists but also produced by the best African producers. Authenticity and heart were important to me.”

On Sept. 15 ABC very aptly changed their twitter name to ABeyC and announced that they would be airing Queen Bey’s second film. Both the production company and Beyoncé posted teasers trailers of her latest work and sent Twitter into a frenzy. One fan wrote, “Umm thanks for the warning Beyonce #MakingtheGift. Where’s all my time to prepare myself?!?! Damnnnn” and another said, “TWO documentaries in less than 6 month???? What did we do to deserve her.” I feel that.

Stateside fans of Queen Bey can catch Making The Gift on ABC at 10 p.m. on Spet. 16. While it’s not yet clear whether Beyoncé’s second film will be made available to UK fans one things for sure, with new music and multiple films out in 2019 we’re truly blessed.

More like this
You’ll Definitely Recognise Isadóra Bjarkardóttir Barney’s Mum
By Maxine Harrison
Twitter Is Saying The Same Thing About Beyoncé's Renaissance World Tour
By Shahed Ezaydi
How To Buy Tickets For Beyoncé’s UK Renaissance Tour Dates
By Shahed Ezaydi
Here’s How You Can Watch The Grammys 2023 In The UK
By Emma Madden and Catharina Cheung
Get The Very Best Of Bustle/UK
Sign up for Bustle UK's twice-weekly newsletter, featuring the latest must-watch TV, moving personal stories, and expert advice on the hottest viral buys.