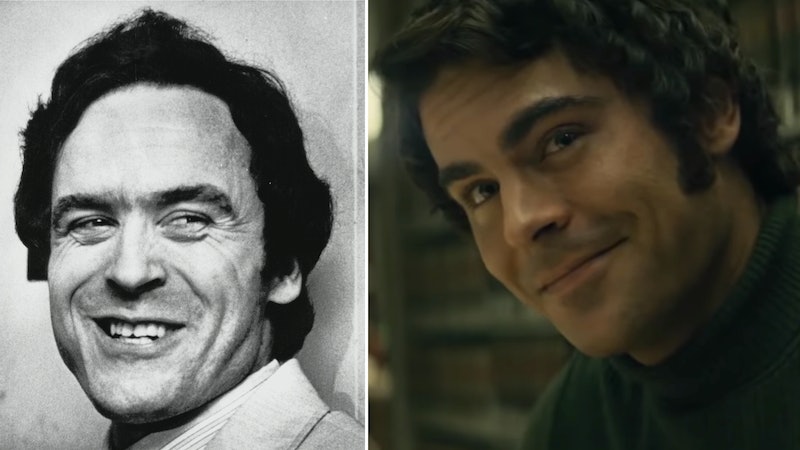 The highly-anticipated Ted Bundy biopic Extremely Wicked, Shockingly Evil and Vile is right around the corner. In the film, which debuts next month, actor Zac Efron waves goodbye to his High School Musical days and takes on the role of the infamous serial killer. If like me, you can't wait to see what all the fuss is about, here's how to watch Extremely Wicked Shockingly Evil and Vile in the UK.

According to the Evening Standard, a brand new trailer for the upcoming film was recently released, and in the trailer it was revealed that Extremely Wicked, Shockingly Evil and Vile will be released in select UK cinemas on Friday, May 3. On release day, Sky customers will also be able to watch the film on Sky Cinema. Over in the U.S. the movie will be released on the streaming service Netflix. Sadly, Extremely Wicked will not be made available on the UK version of the site.

As reported by the Metro, the film follows the story of serial killer Ted Bundy (Efron) and his relationship with girlfriend, Liz Kendall. Their lives drastically change after Bundy is arrested and charged for the murders of multiple women — and Kendall is forced to question the innocence of the man she loves.

In an interview with Variety, Efron discussed his commitment to the role, and revealed how he significantly changed his own image in order to properly resemble the real-life killer. The actor said:

"Guys in the '70s had that wiry, kinda thin look. Ted was always kind of, a little bit gaunt. He always looked pretty tired. I had a good set of fake teeth and they were pretty easy to talk with after a while. I just ate all plant-based and did a lot of cardio for the part. It was cool, I looked pretty wiry."

Although the film won't be available to view on Netflix UK upon its release, as reported by Deadline, the streaming platform paid Voltage Pictures a whopping $9 million for the the U.S. rights to the movie.

According to IndieWire, the film's director, Joe Berlinger, has previously discussed the benefits of putting the film on Netflix instead of a traditional cinematic-only release. He said:

"With Netflix, I can have my cake and eat it too: the idea of reaching audiences around the globe at the level Netflix has already delivered to my other projects outweighs the theatrical-first argument for me, with this particular film."

Extremely Wicked, Shockingly Evil and Vile is released in selected UK cinemas, and on Sky Cinema on Friday, May 3