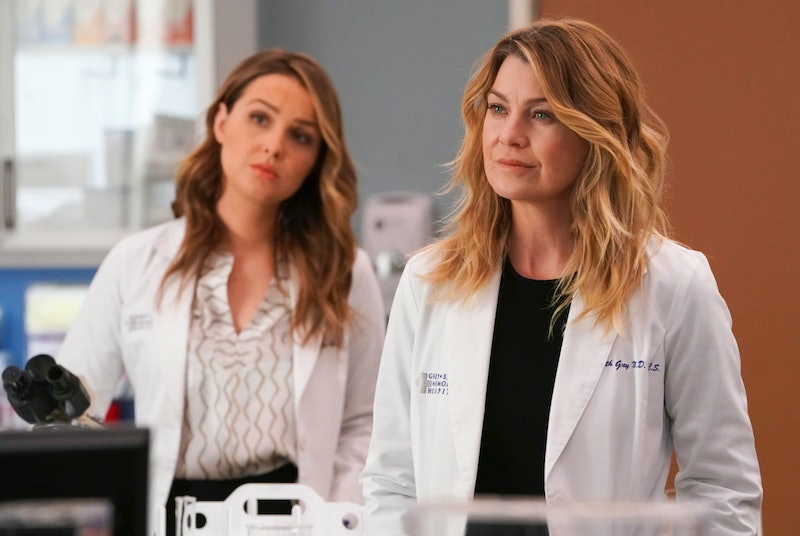 The latest season of Grey's Anatomy is currently airing in the States, and the halls of the Grey Sloan Memorial Hospital continue to be as hectic as ever. At the moment, you can catch up with the first 14 seasons on Prime Video. The 15th is also available but at an additional cost, as it's not part of the Prime subscription. If you're already up to date with the entire series (I commend you, that's a lot of episodes), here's how to watch Grey's Anatomy season 16 in the UK.

If you've got a Sky or NowTV subscription, it should be pretty easy to catch Grey's Anatomy's newest season — just look out for it on Sky Witness this month, because it's listed as returning in October 2019. I reached out to a rep for the channel to confirm the specifics, but they say that things are "still TBC at the moment." So keep your eyes peeled.

At the moment, the current season is on its third episode in the U.S., which airs this Thursday, Oct. 10. If the show continues to air weekly, by the time this month is over it will have reached its sixth episode. So, British fans won't be too far behind watching it when it appears on Sky Witness.

As this season is so early on, it's hard to say which direction it will take. The usual narrative thread for each season involves at least one or two hefty and dramatic events, and it looks like this year will be no different. "The hospital has completely turned on its head now and it's going to be quite a different landscape than we're used to," actor Jake Borelli (who plays Levi Schmitt), recently told Entertainment Tonight. "It's scary and exciting at the same time."

As for Grey's Anatomy continuing for a 17th season, well, that remains to be seen. Series original Ellen Pompeo (who plays Meredith Gray) recently told Entertainment Weekly that the end might be near for her character. "I'm clearly not prepared right now to make any kind of formal announcement about what my future is on the show, but I am really feeling like we have told the majority of the stories we can tell," she said. "It's about time that I mix it up. I'm definitely looking for a change."

Although, according to Good Housekeeping, Pompeo has renewed her contract through 2020, which would suggest that Meredith will still be around for another season.

"I keep saying, 'I'm ready to move on and I want to stop the show before the ratings go down,' but the ratings never go down!" she explained to TVLine. "They go down a little bit, but the fact that we are able to hold our [title as ABC's No. 1 series] is kind of [incredible]. It's very cool to have these kind of ratings and be on a hit network show in this [Peak TV] landscape."

More like this
Here's How To Stream 'Downton Abbey: A New Era' & The New 'Downton' Channel
By Alice Broster and Sam Ramsden
'Sherwood' Season 2 Is Officially In The Works
By Sam Ramsden
Where Is Oscar Torres In 'Only Murders In The Building' Season 2?
By El Hunt
An 'Emily In Paris' Fave Is Joining Season 5 Of 'The Crown'
By Bustle Editors
Get The Very Best Of Bustle/UK