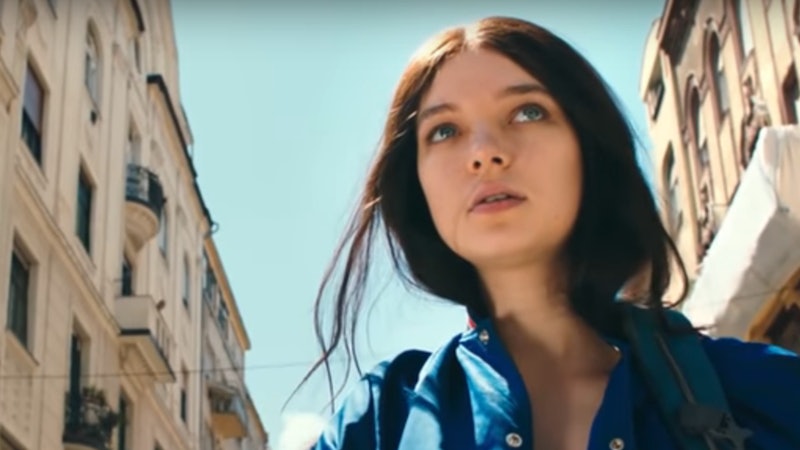 You can basically be sure that anything Saoirse Ronan cosigns is worth your time. Remember when she had her hair dyed platinum blonde for her intense role as assassin Hanna in 2011? If you loved that film, you'll be pleased to know it's been extended into an entire TV series. While you won't get Ronan, nor the platinum blonde, you will get another sojourn with Hanna, the character who shows off all the power of a girl who's left to fend for herself. While the show's U.S. based, here's how to watch Hanna in the UK, because you don't want to miss out — or disappoint Saoirse Ronan.

Den of Geek offered one of the first looks at the show back in January when they posted Hanna's first official trailer. They also reported that the show wouldn't depart too far from the spirit of the original film, since its co-writer David Farr has returned to Hanna's writing team as one of its key components.

Taking over from Ronan is the up and coming actress Esme Creed-Miles, in her first ever leading role, and by the looks of things, she may well be destined for the heights of Ronan herself. The TV series focuses more keenly on her titular role, as it follows the girl who was detached from civilisation and trained to be a ruthless assassin by her dad.

According to the Radio Times, the show will be available to UK viewers when it lands on Amazon Prime UK on Friday, March 29. If you already have an Amazon Prime subscription, then you're in luck, but if not then you can sign up by using this link. It costs £79 a year to enjoy Hanna and everything else Amazon Prime has on offer, and you can cancel anytime.

If you'd rather not commit, then you can also try out the service — and more importantly, see what all the fuss surrounding Hanna is about — by signing up to Amazon Prime's 30 day free trial here. It's worth it just to be pulled into the throes of this female assassin once again.

While the 2011 film felt like a blustering triumph, it was only a gloss compared to this TV series which totals up to seven hours of Sturm und Drung action, according to Digital Spy. Concerning the differences between the film and the TV series, Farr told the site "I had a very clear political conspiracy that was sitting underneath it, around Hanna's true identity. I think on TV you can explore, obviously, a much more in-depth character."

While the first three episodes will reportedly follow the storyline of the original film, Farr also stated that "The next five [episodes] are all new. Everything's new," added Farr. "That's quite important. It completely changes." So whether you were a fan of Ronan's film, or are completely new here, you won't want to miss out on TV's next great Scandi-noir show, where a woman gets to take all of the action. Just make sure to have Amazon Prime bookmarked for Friday, March 29.