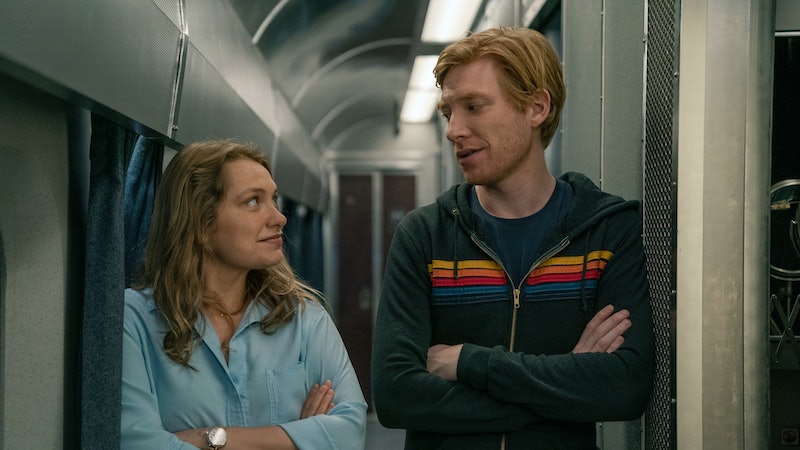 Brought to us from the creators of Fleabag and Killing Eve, HBO's Run follows the story of a woman who ditches her mundane life to fulfil a pact she made 17 years prior with an old college flame. The show's cast is fronted by Marriage Story's Merritt Wever and Harry Potter star Domhnall Gleeson, and if you're in search of a new streaming obsession, here's how to watch HBO's Run in the UK.

Those looking forward to the new series are in luck, because Run will be available to watch on Sky Comedy (Sky channel 113) and NOW TV as of Wednesday, April 15 — just two days after the original U.S. broadcast.

As the Radio Times reports, the Phoebe Waller-Bridge produced series centres around the character of Ruby Richardson, who after losing touch over the years, abruptly reconnects with her former college sweetheart Billy. The pair previously formed a pact which stated that if either of them messaged the word "run" and the other replied the same, both would drop all responsibilities and head out on a road trip together across the United States.

17 years later, the message pops up in Ruby's inbox, and a spontaneous adventure filled with love and self-reinvention gets underway.

As the Express reports, Nurse Jackie's Merritt Wever and Domhnall Gleeson of Star Wars: The Rise of Skywalker are joined in the show's cast by Mad Men's Rich Sommer, Coroner star Tamara Podemski, The Good Wife's Archie Panjabi, and Fleabag's Waller-Bridge — who in addition to producing the series, will appear in a recurring role.

The premise of the HBO romcom was inspired by Waller-Bridge's own pact with longtime friend, and Run show-writer, Vicky Jones. Speaking to Variety, Jones explained how she and Waller-Bridge once planned to whisper the word "run" when trying to avoid any awkward or dull situations.

"It wasn’t something we really did — that would have been embarrassing," Jones explained, "but it was an idea that we nurtured, that made us feel safe. There was always someone you could run away with, someone you would rather be with than anyone else in the world."