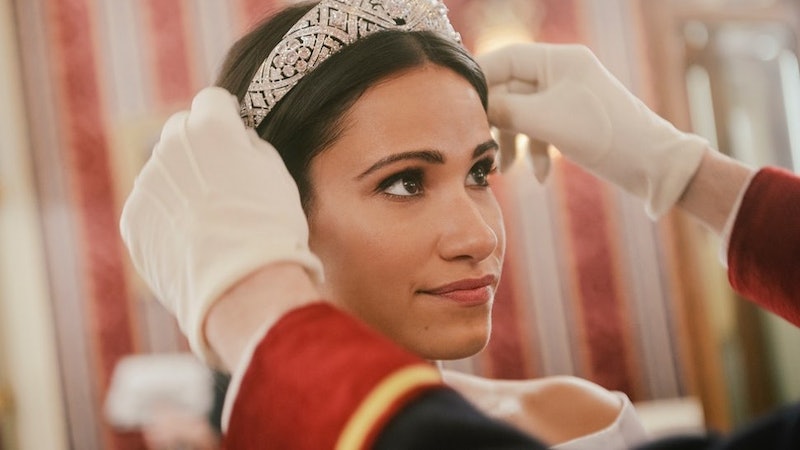 If you tend to flick through channels on lazy afternoons or sick days, it's hard not to become engrossed in a Lifetime movie. Whether good or bad, there's something about those films that leaves you transfixed with stories of melodrama, crime, and sometimes depictions of real events. If you have yet to experience this phenomenon, here's how to watch Lifetime movies in the UK because you are totally missing out.

Even though Lifetime is an American channel, it is available to watch in the UK on Sky (channel 164), BT TV (channel 329), Virgin TV (channel 208), and Talk Talk TV (channel 329). There is an app to watch their movies on demand, but sadly it's only available to U.S. viewers. So if you're after a specific Lifetime movie in the UK, you'll have to go down the traditional route and hit record.

For years, Lifetime movies were seen as movies that were so bad they were good. Lifetime initially launched in 1984 as a channel aimed at female audiences, joining the likes of cable channels Showtime and HBO in producing TV movies but with a more "melodramatic spin" as the Washington Post reported in 2015. "I think one thing, certainly about the old Lifetime films, is that there was always a relatable character in it and then the most extreme stuff would happen," vice president of the network Arturo Interian told the Washington Post. "Your husband was a serial killer or you were addicted to gambling." Interian continued:

"If you were going through a rough patch in life, I guarantee you — your life wasn't as bad as what was happening to some characters in Lifetime movies."

But it seems as though that era of Lifetime has become a distant memory in recent years, with the channel moving more towards producing films that "will win them a bigger, more mainstream audience; awards; and more respect in the industry." From the 2012 remake of Steel Magnolias to the 2015 Whitney Houston biopic, there's a clear divide between the Lifetime movies produced in the '90s and early '00s in comparison to now.

What's also worth noting is that Lifetime isn't only a channel directed at women, but according to BuzzFeed News "women wrote or directed 73 percent of Lifetime's original films from 1994 [to] 2016." In 2015, it was also "the only channel on television whose top five original films [...] were all directed by women. If you compare that to Hollywood where only four percent of directors and 15 percent of writers are women, according to statistics site Women And Hollywood, I think it's fair to say that Lifetime is currently one of the best places for female filmmakers and writers.

"Hiring women works," SVP of original film programming Tanya Lopez told BuzzFeed. "Mentoring, internships, all those things are fine at a certain entry-place level, but the truth of the matter is people just want to go to work. Our North Star is: Give. Women. Jobs. That's the only way it's gonna change."