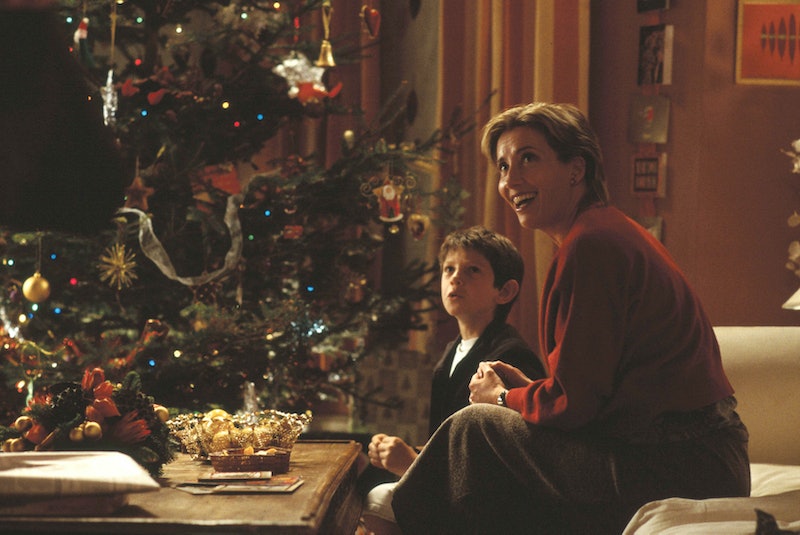 Forget Christmas Day; I'm all about the limbo that lies between Boxing Day and New Year's Eve. There's something magical about not having a clue what day it is, surviving on turkey sandwich after turkey sandwich, and snuggling up to the weirdest telly schedules Britain has to offer. And if you're in the mood for some festive classics (who isn't), ITV is screening Love Actually and The Holiday and a whole host of other films. So grab the fam and some tissues, because it wouldn't be Christmas without these classics.

The excitement of Christmas and Boxing Day may end on Dec. 27, but ITV have made that day even more special by scheduling Love Actually at 10.10 p.m. Can't wait that long? Well, ITV2 have got you covered. As Radio Times points out, the iconic film is being broadcast as much as it can be over the festive period, including this Sunday (Dec. 22) at 10.05 p.m., and twice in the afternoon on Boxing Day.

Next comes The Holiday, where all this talk of Brexit and impeachment can be put to one side in favour of watching some Brits and Americans fall for each other. ITV are airing this love fest on Dec. 30 at 10.15 p.m., so if your festive spirit is starting to fizzle out then make sure you set a reminder for this beauty.

In the mood for less festive films? The broadcaster's got you covered on that front as well. Movies like Twister, The Mummy: Tomb of the Dragon Emperor, and Knocked Up are on the schedule as well post-Christmas. What a line-up, eh? And with them all being on the same channel, you won't be subject to any family arguments, either.

While you can stream the majority of these films online, there's something magical about tuning in with the rest of the nation, isn't there?