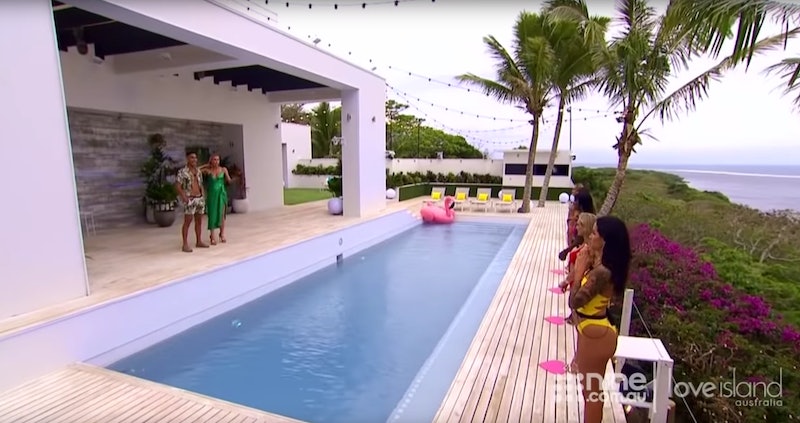 The first Winter Love Island is well on its way, but there are plenty of international versions to catch up with in the meantime. Although, the thing with these versions they tend not to air globally, which is a bit of a pain. Especially with the intrigue surrounding how the other countries have adapted the familiar formula. Sadly, the U.S. series finished in the summer, but the villa drama is currently in full swing down under. So here's how to watch Love Island Australia in the UK, because you won't want to miss it!

The second series of Love Island Australia officially started on Oct. 7, but it's actually been airing on ITVBe since Oct. 14. The UK may be a week behind on the action, but it's still amazing that Brits can share the love with our Australian mates without having to scour the web for a way to watch the series.

As Radio Times reports, it's currently airing nightly at 10 p.m. I don't know about you, but this autumn slot seems like the perfect precursor to Winter Love Island. If you were a bit unsure how you'd feel watching singletons in the sun while you're shivering in a duvet, think of this as a test run. Obviously, it is currently summer in Australia, so this airing slot does make sense. But still, roll with me here.

Anyway, if you cast your minds back to last year, you'll remember that the Australian series actually took place in Majorca. That's not the case this time, as the Australian production has upped the locale by whisking their islanders to Fiji (totally not jealous). The change makes a whole lot of sense, as for one the island is closer to Australia than Majorca is.

"We still have a crew of casting agents back in Sydney who are selecting contestants while the show's on air to come into later episodes," Majella Wiemers, head of entertainment at ITV Studios, told The Daily Telegraph on Oct. 6 (via the Daily Mail). "We can be more reactive and send someone in within 48 hours if we think they'd be good for the villa."

So while it may be some time before Winter Love Island finally blesses UK screens, at least there's the chance to see how the Australian islanders compare to us Brits. Spoiler alert: It's fantastic.

More like this
Every Season Of 'Love Island' Ranked Best To Worst
By Alice Broster, Frances Stewart and Sophie McEvoy
Molly-Mae & Tommy Fury Revealed Their Baby Girl's "Really Unusual" Name
By Sophie McEvoy and Sam Ramsden
'Love Island' Has Added Yet Another Bombshell To The Villa
By Bustle UK
This Pre-'Love Island' Video Of Olivia & Zara Together Changes Everything
By Bustle UK
Get The Very Best Of Bustle/UK
Sign up for Bustle UK's twice-weekly newsletter, featuring the latest must-watch TV, moving personal stories, and expert advice on the hottest viral buys.