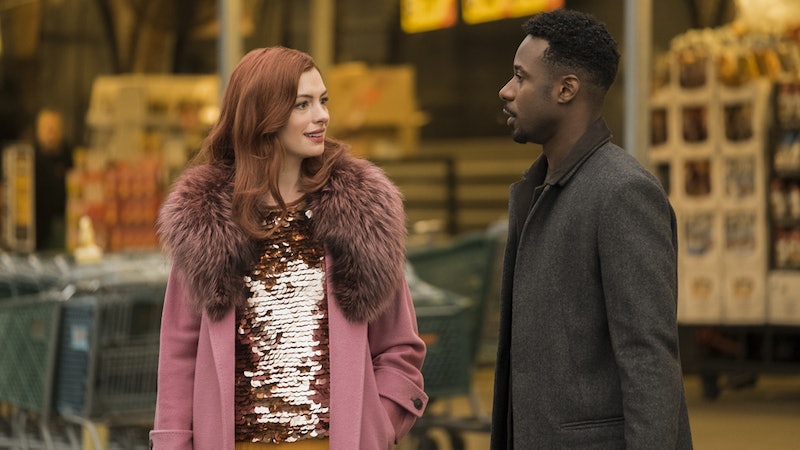 Based on a popular New York Times column of the same name, the U.S. anthology series Modern Love will portray eight real-life stories of romance in the 21st century. The series is brought to us by indie film-maker John Carney, and boasts a seriously impressive A-List cast, headlined by the likes of 30 Rock's Tina Fey, Fleabag star Andrew Scott, and the Academy Award-winning Anne Hathaway. So, if you're intrigued by this brand new adaptation, here's how to watch Modern Love in the UK.

Those looking forward to the new series have a lot to be excited about, because Modern Love will be available to stream on Amazon Prime Video in the UK on Friday, October 18. Thankfully, the series will be made available on the same day as its stateside release, meaning viewers in the UK won't have to endure any pesky spoilers — however, its worth noting that Modern Love will only be accessible to those with an active Amazon Prime account, and if you're looking to sign up, a current membership will set you back £7.99 per month.

As the Radio Times reports, the weekly New York Times column on which the series is based first began way back in 2004, and features real-life personal essays which have now been adapted for Amazon Prime Video's latest offering. The essays were brought to life on screen by John Carney, Emmy Rossum, and Catastrophe’s Sharon Horgan, and each episode of the eight-part series will centre around a different romantic tale. Throughout Modern Love, viewers can look forward to the story of a young woman facing "daddy issues," a potentially marriage-ending game of tennis, a complicated open adoption, and much more — all of which is portrayed by some of the biggest names in Hollywood, such as Slumdog Millionaire's Dev Patel, The Godfather star Andy Garcia, and The Devil Wears Prada's Anne Hathaway.

However, a hefty A-List cast isn't the only thing Modern Love has going for it you, because this Amazon Prime series is backed up with some glowing reviews, and currently boasts an impressive 82 percent approval rating on Rotten Tomatoes. The show's "charming cast" has been credited as one of Modern Love's best components, and the Independent's Ed Power described the series as being "a scented bath of unabashed optimism" — which in these tumultuous times, is precisely what I'm looking for.