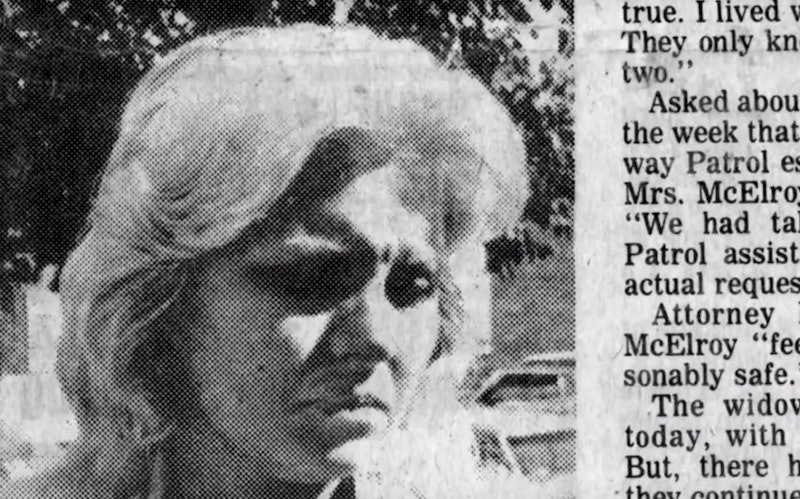 You know what I want right now? Some top shelf true crime entertainment. You know the type I mean. A true crime series that will have me gripped from start to finish. The kind that leaves you going down a Google rabbit hole until 3 a.m. in the morning. And where do the vast majority of these kind of true crime shows come from? Why the U.S. of course. And the latest one about a strange case in rural America will have you going wild. Sadly, watching No One Saw A Thing in the UK isn't nearly as easy as getting hooked on it will be.

Update: Bustle UK has learnt from one of the show's reps that No One Saw A Thing will be airing on ITV in the UK.

Previously: The show is set to premiere on Sundance TV over in the states on Aug. 1 2019. Unfortunately, however, there is yet to be an announcement about when it'll be airing on a network here in the UK. And that includes online streaming platforms. I did, however, contact AMC, who own Sundance TV, and will let you know if there are any updates at all.

The new show is set to be an enormous success with true crime fans across the globe as it's serving all of the perfect ingredients for a hit true crime series. Unsolved murder, shady goings on, and, of course, a whole load of suspicion.

In 1981, in Skidmore Missouri, Ken McElroy was shot dead, as the New York Times reports. The murder took place in the middle of a town in front of a whole bunch of people. As a matter of fact, Buzzfeed reports that there were as many as 60 witnesses. Easy enough to solve such a crime, right? Well, no.

Despite all the reported witnesses at the murder scene, nobody talked. As the New York Times explains, this was because McElroy was not a popular individual. He was a well-known bully in the town. So much so that, at the beginning of the trailer for No One Saw A Thing, a woman speaks openly about being happy he died. "I'm really glad he's dead," you can hear her say. "It was the only way he was going to stop."

Refinery 29 reports that, the day before his shooting, McElroy was convicted of a shooting himself. "McElroy was convicted of shooting a 70-year-old grocer who was injured after he reportedly asked McElroy’s daughter to return a piece of candy she had taken," the site writes, before continuing: "McElroy appealed his conviction and was released. He then continued harassing the grocer."

In Buzzfeed's "18 Facts About The Murder Of Ken Rex McElroy," we learn that McElroy allegedly had a history of violence and crime. On the day of his murder, the article explains, a public meeting had been arranged in the town hall to discuss what to do about him. "It's said the county's law enforcement officials were afraid of encountering McElroy," Buzzfeed writes. When the meeting ended, McElroy and his wife Trena McCloud were seen going into a bar that was right beside the town hall. He was shot once he returned to his truck, according to Buzzfeed.

No One Saw A Thing looks not only at the murder of McElroy but also at the aftermath and what it did to a town. A town fed up of a reputation it never asked for.