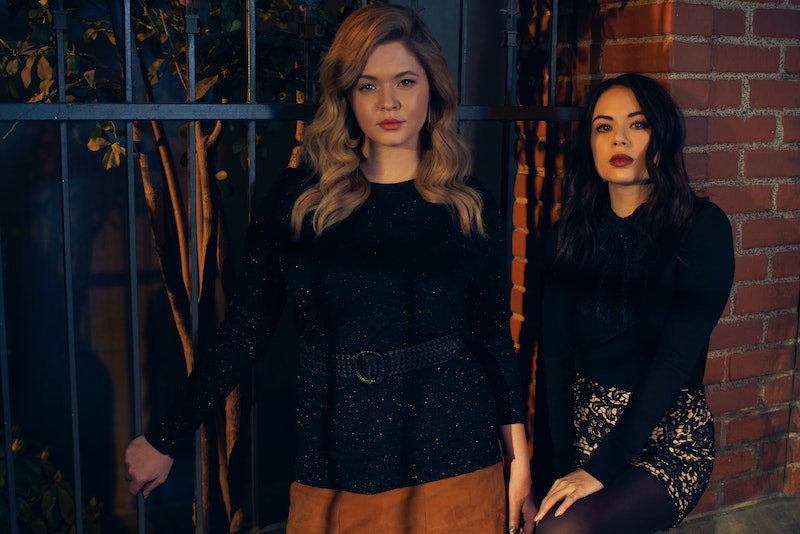 While this spin off might've lost some of it's original cast members like Troian Bellisario, Ashley Benson and Shay Mitchell have no fear because some of our old favourites are back, like Sasha Pieterse who reprises her role as Alison DiLaurentis. Sadly, however, it looks like we're a little out of luck in the UK as with so many American TV shows that are late to air in the UK. The new sequel is currently airing on the U.S. channel Freeform, which unfortunately isn't available in the UK.

While all the PLL series as currently available on Netflix UK, What's On Netflix reports that it's unlikely the The Perfectionists will find a home there until the season wraps in the U.S. Bustle reached out to Netflix UK to see if they had any statement on the issue, and they said they were "unable to share any information [about the series] at the moment." Either way, us Brits are generally always late to the party with U.S. TV shows. Although, due to its huge success across the pond I wouldn't be surprised if it was picked up by a UK network pretty soon. The Perfectionists is the third PLL spin off, following the success of the web series Pretty Dirty Secrets and the spinoff Ravenswood. Freeform clearly ordered a ten episode series complete with drama and secrets.

The first trailer for the new series is pretty eerie and in true form shows Mona (Janel Parrish) wielding a knife while smiling "I brought pie." Creepy, right, but would you expect anything less from Mona? The long trailer is equally if not more harrowing and filled with secrets. It opens with the line "is it okay to murder a murderer" (my guess is no), followed by a man's voice saying "murder can be justified" in a pretty blasé tone. Shortly after that, it cuts to the image of what looks like a body bag covering a body that has been impaled by a metal fence. Which is pretty gruesome, but does add mystery to the whole thing. The trailer of course comes complete with a number of steamy scenes because it wouldn't be PLL without the hook ups, right?

The spin off is set in Beacons Heights University where Alison is working as a teaching assistant. Janel Parrish has said that "fans of PLL who grew up watching the show will relate to this kind of new, mature show." The cast have gone from high school students to college students and while working as a teaching assistant Alison helps three perfectionist students. Alison has had quite an intense past, what with faking her own death and being the centre of quite a few scandals, so she probably has quite a lot of life advice to offer the titular perfectionists. One of the major mysteries in this series will be the death of one of the perfectionists who is also heir to huge fortune.

Looks like we'll have to wait for word on when the UK release, but with this drama and dark mystery, I'll wait with baited breath.