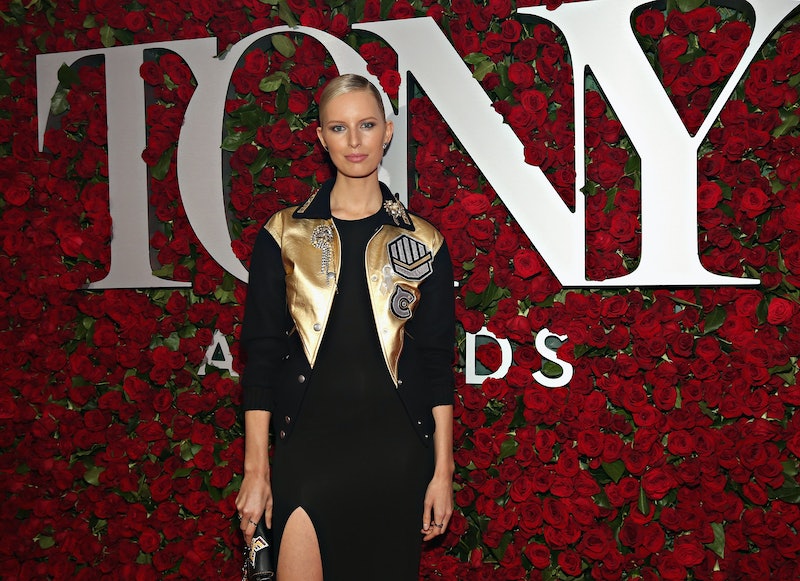 It's always great to see actors rewarded for their stellar performances, but if you really want to get the full awards show experience, you’ll want to tune in for more than just the naming of the "best" in each category. Considering the Tony Awards involves Broadway’s finest getting dressed to the nines, you need to find out how to watch the 2017 Tony Awards red carpet. Because let me tell you — you’re in for a night of must-watch television.

The actual awards ceremony can be found on CBS, but to get in on the red carpet action, you’ll have to rely on the Internet. There are a couple of different ways to stream live footage of the fashionable festivities. According to the official Tony Awards website, you can watch the red carpet via a webcast from the NY1 News station as well as through a Facebook Live stream. The red carpet begins at exactly 5p.m. ET and concludes around 7 p.m. ET on June 11.

Make sure your laptop’s open and the popcorn’s popped. Because when Broadway actors and actresses step out in their very best attire, you won’t want to miss it! Then, once the awards ceremony begins, you’re in for incredible performances along with finally getting to find out who will take home the Tony in each category. So, I don’t know about you, but I know what I’ll be doing this Sunday.

CBS has you covered for the 2017 Tony Awards, whether you catch it on TV or through CBS All Access.

But, you'll have to stream the live red carpet portion of the evening.

It'll be totally worth the watch. Especially if 2017 is anything like the previous years.

Because when these A-listers hit get all glammed up, they really bring it.

When these casts reunite for the evening, it's going to be epic. So, don't miss out on a second of the 71st Annual Tony Awards on June 11.