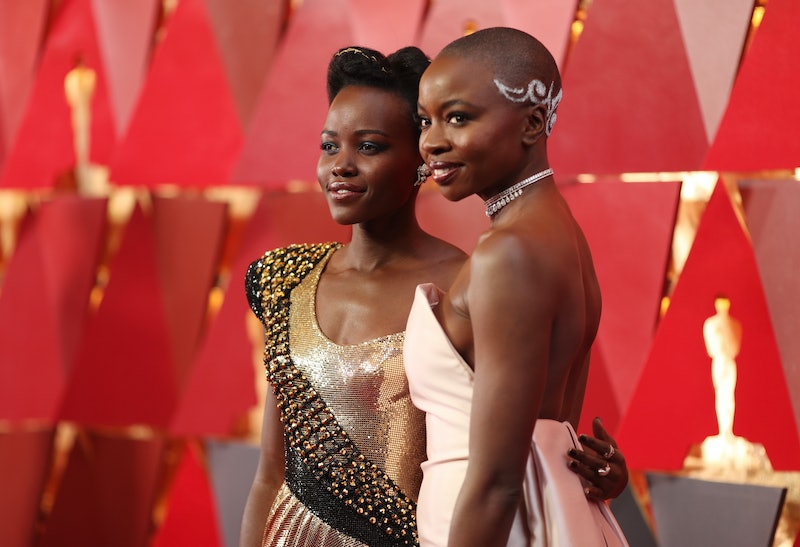 The best thing about awards season is that it closes out with a bang, and despite the season dwindling down, what matters most now is how to watch the 2019 Oscars Red Carpet. Everyone wants to see who's pulling up in their most glam get-up before taking home a pint-sized man in gold.

The 91st (can you believe it?) Academy Awards is upon us, and starting on Feb. 24 at 8 p.m. ET/ 5 p.m. PT all the stars are in one place — at least the ones from Hollywood's biggest movies anyway. Before all the celebrities and directors in film gather in an auditorium waiting to see whose name is revealed from a boujee-looking envelope, the Oscars red carpet is the pre-game every fashionista is exited to see. Thankfully, with all the ways to watch TV, you can take the red carpet with you anywhere, even to a bathroom break.

While the pre-show event will air on ABC with its Oscars Opening Ceremony: Live From the Red Carpet at 6:30 p.m. ET and 3:30 p.m. PT on cable, you can also get a glimpse of the glam if you decide to stream it online. Here are all of the ways you can watch the 2019 Oscars red carpet.

If you're planning to unwind with a glass of pinot and a bucket of popcorn, you can catch the ABC livestream of the red carpet via @TheAcademy's Twitter, which starts the same time as the cable live stream (6:30p.m. ET and 3:30 p.m. PT).

This year's red carpet is changing up streaming services, though. ABC's Oscars red carpet coverage had aired on Facebook in previous years but said event has now being brodcast in the Twitterverse.

The red carpet is becoming even more interactive with this shift in streaming services. Viewers can tweet out questions to celebrities that can be answered live by using the hashtag #OscarsAllAccess.

Depending on who you want to see commenting on the carpet, you can also click through your devices to find E! Live From the Red Carpet (with Ryan Seacrest and Giuliana Rancic most likely set to be the hosts) starting at 5 p.m. ET and 2 p.m. PT. on cable. If you're strictly stuck with an internet connection, you can also see it live via the network's app and tune in on your phone, tablet, or computer.

For true fashion fans who don't want to rely on cable networks and their apps, you can also go straight to the source. Some celebrities use their own social pages to debut their red carpet looks.

The most unofficial way to clock the looks of the carpet as they come, is to spend Sunday morning turning on all of your post notifications for the celebrities and influencers you're most excited to see. On the other hand, you could find your phone blowing up with notifications all day. It's your call.

This year's Oscars is sure to bring out the competition as diversity in film boomed in 2018 with movies like Black Panther and Bohemian Rhapsody. Regardless of who's accepting an award at the podium, the inclusivity in the nominations is a win for the Academy itself.