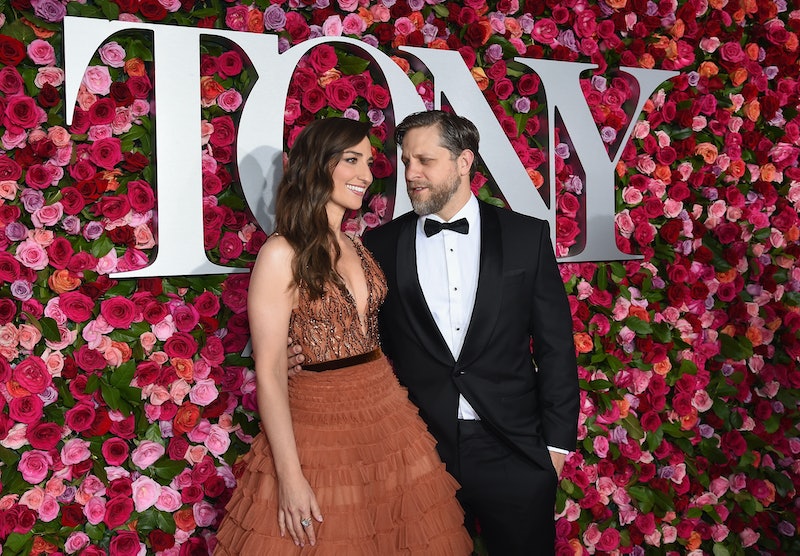 Attention, Broadway fans — theater's biggest night is almost here! The 2019 Tony Awards will soon be broadcast on CBS to honor the best plays and musicals of the year. There will be special presenters, performances, and probably a few surprises with James Corden as host. And if you don't have cable or a TV, don't fret: streaming the 2019 Tony Awards is actually pretty simple.

First, you need to know the basics: the 73rd Annual Tony Awards will air live on Sunday, June 9 at 8 p.m. ET from Radio City Music Hall in New York City. Corden is hosting for the second time, having previously helmed the show in 2016, which is good — he has experience, but also had some time to step away and prepare some new material.

If you do have a television, follow these directions very carefully to watch the 2019 Tony Awards. Are you ready? Step one: turn on your TV and your cable box, if you have one. Step two: flip your channel to CBS. Step three: watch the Tony Awards. If you don't have a TV, it's a little more complicated, but you still won't miss out on the big night.

According to Playbill, you can catch red carpet coverage of the 73rd annual Tony Awards on Playbill's own Facebook Live with hosts Ruthie Fierberg and Felicia Fitzpatrick. They'll do the normal red carpet things — interviewing nominees, making small talk, etc. When it comes to the actual ceremony, CBS All Access is offering a live stream of your local CBS station. The catch? You have to pay for CBS All Access. To game the system — at least for one night — you can sign up for the free week-long trial that CBS offers new users (and new users only!) to watch the Tonys. I'm not condoning this, but... out of all the bad things you could do in this world, using a free trial to watch a musical theater awards show is definitely not even in the top million of worst.

In addition to CBS, your regular old streaming services like Sling, YouTube TV, and Hulu Live will also be streaming the Tony Awards if you get CBS on them — it's like you're watching regular television, except on a computer. Basically, if you're a cord-cutter who usually streams all of your TV, you can do the same thing to watch the Tony Awards. Figure that out before the show and then focus on the important parts — the snacks and drinks you'll serve during.

In terms of nominees and winners, this probably won't be a runaway year for any particular show — Hadestown has the most nominations with 14, but there's no show like Hamilton this year. There's nothing that's going to sweep every category. And you know what? That's pretty nice. It will be a good year to see the true breadth of America's best theater. Now warm up those pipes — those showtunes won't sing themselves.