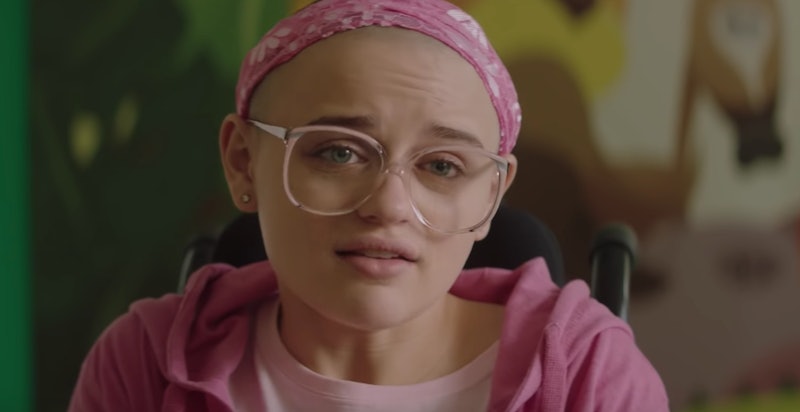 If you're a fan of true crime, I guarantee you will be thrilled when you hear about Hulu's latest series, The Act. Starring leads Patricia Arquette and Joey King, the TV show depicts one of America's most controversial, talked about murder stories of recent years. The series already has a release date in the U.S. (20 March on Hulu), but will there be a way to watch The Act in the UK? And if so, when will this be?

Previously: Well, it's not looking promising just yet for UK true crime fans. Unfortunately, there has been zero word on if and when we will have access to this series, but fear not, I have chased Hulu reps to see what the deal is. I have also contacted Channel 4, with the hope that The Act will follow in the footsteps of The Handmaid's Tale, which started in the U.S. on Hulu and came to the UK through 4. Tenuous link? Perhaps, but I try...

The show follows the true story of mother and daughter Dee Dee Blanchard and Gypsy Rose Blanchard, which ended with a brutal murder. Gypsy Rose, who was a poorly young girl looked after by her doting mother, was charged and convicted with second degree murder relating to the killing of Dee Dee in 2015, and is currently serving a 10 year sentence in prison in Missouri as part of a plea deal arrangement, the Guardian reports.

But the story is so much more complicated than it initially sounds. As the New York Times reports, Gypsy Rose's defence was that she was a victim of Munchausen Syndrome by Proxy, which means her caregiver (Dee Dee) was making up her sickness and mistreating her by keeping her captive, forcing her to endure medical procedures and making her take medication she never really needed. Caregivers who do this typically do so for sympathy and even financial gain from donations, Vulture reports.

Dee Dee and Gypsy Rose were well known to the community where they lived, and from the outside in they looked like a loving mother and daughter. As the Washington Post reports, Dee Dee claimed her daughter had a number of illnesses and ailments, from leukaemia and muscular dystrophy to asthma and epilepsy.

In a video by ABC News, Gypsy Rose expressed remorse for her actions, but explains she is actually thriving in jail and feels more free in there than she ever did with her mother.

Gypsy Rose's then boyfriend Nick Godejohn is also now in jail after he was found guilty of first degree murder due to his involvement in the killing, People reports. Although ABC News reports Godejohn admitted to the act of stabbing Dee Dee, he claimed that Gypsy Rose had talked him into it.

“All the planning, she did every bit of it,” Godejohn once said in an interview. “She pretty much willed the knife in my hand to commit the deed herself. She is the mastermind behind the entire thing.”

In the mean time while we wait to see if the show is coming across the Atlantic to us, you can watch a teaser trailer on YouTube for The Act.