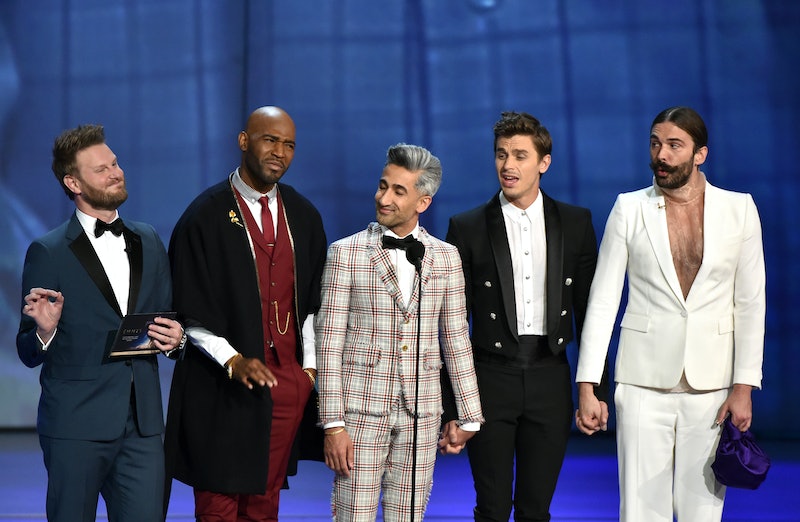 The Emmy Awards celebrate the very best in television, so it makes sense that you'd want to give it a watch if you're constantly glued to your Netflix account (join me over here). This year's nominees include several British actors, including Game Of Thrones' Kit Harrington and Killing Eve's Jodie Comer. Particularly for this reason, you may be interested in finding out how to watch The Emmys in the UK. Here's everything you need to know about the awards, including if it's possible to watch it live over here.

The bad news (straight out of the gate) is that it doesn't seem that there are any viable ways to legally watch the awards ceremony live over on British shores. In the U.S., FOX are broadcasting the show as it goes on, live from the Microsoft Theater in LA. It will be shown at 8-11pm (ET timezone) and 5-8pm (PT timezone) on 22 September.

However, multiple news sources have reported that no UK channels will be broadcasting The Emmys live, nor will there be a streaming service that allows for us Brits to tune in. Arguably our only hope is the potential news that we may be able to watch via the Emmys official website, Facebook page, and/or YouTube channel. This doesn't seem to be a foregone conclusion though, but here's hoping!

If you tend to tune in to awards ceremonies to check out the best dresses and coolest makeup, and to do a little celeb spotting, it may also be worth watching the E! YouTube channel (or the E! channel on your Sky box), which will be streaming all the red carpet arrivals and other action.

This year, the ceremony is set to be hosted by comedians Michael Che and Colin Jost (who is engaged to actress Scarlett Johansson). It will mark The Emmy's 71st year, and the nominated shows and actors are set to make it more exciting than ever.

Unsurprisingly, the show with the most nominations this year is Game Of Thrones, which boasts an incredible 32 nods after its eighth and final season aired earlier this year. Other shows which feature very heavily in the nominations list include Netflix's Russion Doll, When They See Us, HBO's Chernobyl, and BBC's Killing Eve.

You can check out the list of nominations for key awards below:

Outstanding Lead Actress in a Limited Series Or Movie

Outstanding Lead Actor in a Limited Series Or Movie

Supporting Actress in a Limited Series Or Movie

Supporting Actor in a Limited Series Or Movie