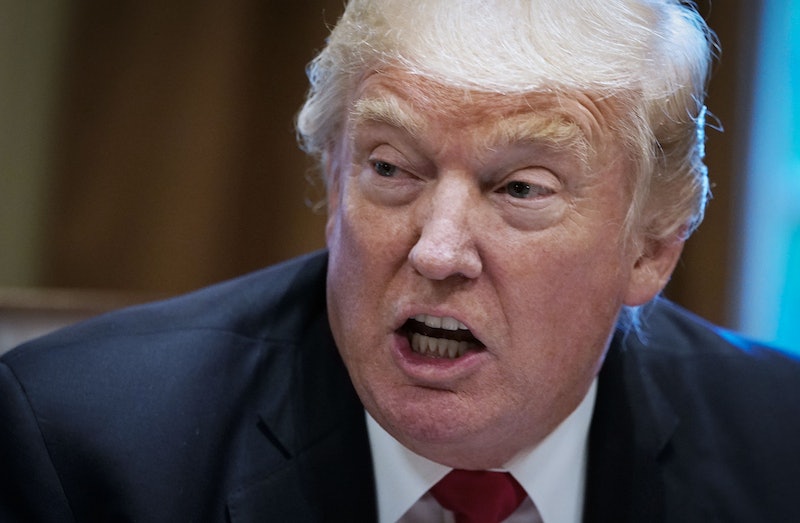 With enrollment for the Affordable Care Act set to open on Nov. 1, the government should ostensibly be preparing to integrate a slew of new enrollees into the health care system. But it seems President Trump and his administration are attempting the opposite. Trump himself intervened to squash Iowa's ACA improvement plan, and the Buckeye State isn't the only one getting a cold shoulder from the administration. Numerous agencies report the president and various federal agencies have worked to stifle their enrollment efforts.

Republicans have been unable to come through on their promise to "repeal and replace" the ACA, with multiple votes in Congress failing to pass since Trump took office. So the ACA is here to stay, at least for the foreseeable future. And some states have put together plans to make the health care legislation run better. Iowa is one of them.

And Iowa is in need of reform. Wellmark Blue Cross and Blue Shield, its largest insurer, had threatened to leave the state's insurance market. But Iowa's plan to test its own ACA reform seemed enough of an incentive to convince the insurance company to stay. It remains to be seen if Trump's personal intervention will change that.

As Iowa is a Republican state, Trump's determination to stop its health care efforts is raising many eyebrows.

Iowa's plan centers on changing the distribution of health care subsidies and offering reinsurance to alleviate the financial burden on insurance companies from very high cost enrollees. Premium subsidies would convert to flat payments based on age and income, as opposed to a calculated percentage of each individual's health care plan. And insurance companies would be reimbursed by the state for covering expensive medical costs for the most in need customers.

Many states were looking to Iowa's health care reforms as a possible blueprint for their own improvements to the ACA. And state officials reported that they expected to have their plans approved by the Department of Health and Human Services, with whom they'd been in regular communication.

Then Trump made a phone call Seema Verna, the current head of the Centers for Medicare and Medicaid Services, and told her to deny Iowa's application waiver, The Guardian reported. It's an "unusual" move, according to Eliot Fishaman, who oversaw the CMS under President Obama, the agency in charge of approving or denying waiver requests that would allow states like Iowa to implement their reform ideas.

For the POTUS to involve himself in state reform efforts with his own unsolicited opinion is not typical, nor was it anticipated.

Iowa's plan is not universally popular, with many of the most vocal opposition coming from groups questioning its coverage for low-income Iowans. The National Alliance on Mental Illness voiced concern over the elimination of a cost-sharing mechanism that could significantly raise premiums for economically less advantaged enrollees. And the American Cancer Society Cancer Action Network advised Iowa to scale back its waiver reform to strictly reinsurance, stating the current plan "would likely result in decreased access to care for many Iowans.”

But these concerns are almost certainly not behind Trump's reported efforts to shut down Iowa's ACA reform. That motivation, critics say, appears to be a desire to see the ACA fail.

On that front, the Health and Human Services advertising budget was cut by 90 percent. Other grass roots organizations that received federal funding to help enroll Americans in the ACA were warned their grants could be cut by up to 92 percent. For example, Enroll Michigan saw its grant drop from $1.2 million to $129,899, a cut so drastic that the group's executive director, Dizzy Warren, wondered if they might have to shut down altogether. Other groups have had similarly enormous budget cuts.

With a rejection of a state plan crafted by his own party, and huge budget cuts to organizations that oversee ACA enrollment efforts, Trump seems to be resisting anything that might help the health insurance marketplace succeed.