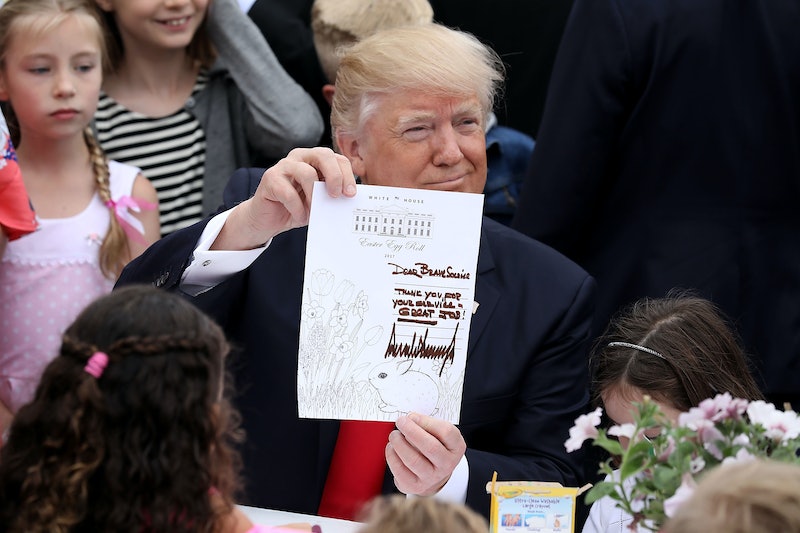 It didn't take long after the release of the Trump administration's first budget for the criticism from both sides of the aisle to begin. The White House released the fiscal year 2018 budget, titled "A New Foundation For American Greatness," on Tuesday. The budget includes a number of cuts to entitlement programs that may actually take food out of children's mouths. Of all the groups that may be hurt by the proposed budget cuts, I would argue it is low-income children who seem to get the shortest end of the stick.

Under this budget, the government's top spending priority is the military. Defense spending would increase by $52 billion over the current year, including money earmarked for Trump's campaign promise of a wall along the Mexican border. In his introductory message in the budget, Trump wrote that "to unleash the power of American work and creativity — and drive opportunity and faster economic growth — we must reprioritize Federal spending so that it advances the safety and security of the American people."

With Trump's decision to "reprioritize" spending, though, are substantial cuts to non-defense spending, including so-called "entitlement programs" that low-income families rely on to pay for food, housing, and healthcare. Trump wrote in the budget, "We must reform our welfare system so that it does not discourage able-bodied adults from working, which takes away scarce resources from those in real need. Work must be the center of our social policy."

Millions of Americans are enrolled in these government-funded safety net programs. Moreover, a large percentage of the recipients of these programs are not able-bodied adults, but children. In 2016, 44 percent of people who received food stamps, or the Supplemental Nutrition Assistance Program (SNAP) were children, according to its website. And one in four children in the United States participates in SNAP. The president's budget would cut $200 billion from the program over the next 10 years, starting with a decrease of $4.6 billion in the coming year. Even though, to Trump's point, SNAP does attach work requirements to program eligibility.

WIC, or the Special Supplemental Nutrition Program for Women, Infants, and Children, is also on the chopping block. Trump's budget would cut $200 million from the program, which provides food for pregnant women, new mothers, infants and children up to age five. In 2016, about 7.7 million people received WIC benefits each month, with children and infants accounting for nearly six million in the program.

Without programs like WIC and SNAP, families who rely on this assistance to feed their children may no longer be able to provide them food on a regular basis. According to the Center on Budget and Policy Priorities, SNAP has been found to lift families out of poverty, reduce food insecurity, improve performance in school and, of course, improve's children's health and nutrition.

But Trump's budget doesn't stop at cutting families' grocery budgets. According to the Kaiser Family Foundation, there were 74.6 million Americans enrolled in Medicaid or the Children's Health Insurance Program in March of this year. Both programs provide low-income families with access to affordable healthcare. Trump's budget would slash spending on these programs by $616 billion over the next 10 years. Though spending on CHIP would remain stable over the next two years, an additional $800 billion in cuts to Medicaid, could be triggered by the passage of the American Health Care Act.

Thus, of all the groups that would bear the burden of Trump's proposed budget, it seems children from low-income families will carry the greatest weight of all.