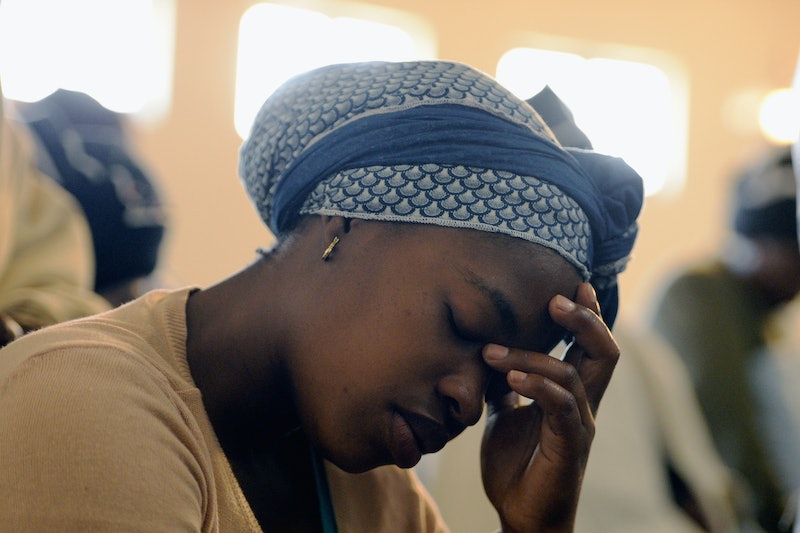 It has been one year since President Donald Trump reinstated and expanded the global gag rule. Unfortunately, in that time, Trump's global gag rule has proven even more detrimental than anticipated. Newly-released statistics from health care organizations around the world reveal it's had profoundly negative consequences for global health above and beyond reproductive health care — particularly in the treatment of HIV/AIDS.

Historically, Republican presidents have reinstated the global gag rule while Democratic ones have rescinded it. However, Trump's reinstatement of the rule went well-beyond its traditional parameters. As an Associated Press article described, the Trump version of the global gag rule bars any organization that would "even discuss abortion as an option" for women from receiving any U.S. funding. That includes both $575 million in U.S. family planning funding and an estimated $8.8 billion in U.S. global health assistance. When the rule was instated by previous Republican presidents, organizations discussing abortion were only barred from receiving family planning funding, but not overall global health assistance.

Now, a year after Trump's global gag rule was reinstated, organizations that provide health care services globally are revealing the detrimental effects Trump's policy has had on women — and men. Indeed, clinics that specialize in reproductive health care, as well as general health care clinics that offer abortion services, have been profoundly affected, with some forced to close.

For example, Marie Stopes International, a British-based family planning NGO that works in 37 countries around the world, is facing a funding gap of $80 million in the wake of Trump's global gag rule. The organization has also reported that 2 million women around the world now risk losing access to contraception and that 870,000 risk unsafe abortions. MSI further projected that, by 2020, Trump's global gag rule will result in more than 2.1 million unsafe abortions and over 21,700 maternal deaths in countries impacted by the rule.

Rewire further described the negative impact of the global gag rule on overall health services in developing countries, particularly those for the treatment of HIV/AIDS. As the publication outlined, it's typical that locally-run health clinics — often the only ones in some remote areas — provide a range of services: Everything from abortion services to vaccinations to HIV treatment and beyond.

Now, if these clinics continue to provide abortion services, they lose a significant amount of funding, which then inhibits their ability to provide a wide range of health services. Thus, in addition to inhibiting a woman's ability to access an abortion, Trump's global gag rule is also "unravelling decades of successful work combating the HIV and AIDS epidemic," according to Hayley Farless of Rewire.

Speaking to the Associated Press, Robin Gorna of SheDecides described the expansion of the global gag rule as a "huge wake-up call" for the global health community, which had previously been largely unaffected by the funding restrictions. Indeed, AP reported that the International HIV/AIDS Alliance had indicated that it will lose up to $60 million in funding over the next three years.

"The HIV community, for example, was ill-prepared for it," Gorna added. "It's really exceptionally problematic."

Trump's version of the global gag rule is essentially prioritizing supposed U.S. interests over the health of thousands of people in developing countries. As the Guttmacher Institute told the Associated Press:

The architects of the Trump global gag rule have created a policy that will disrupt and reverse the United States' long-held development goal of improving health worldwide.

Tragically, a year into Trump's presidency, people thousands of miles away from the United States are facing dire consequences — and sometimes even giving their lives — as a result of the new global gag rule policy. Advocates are certainly working hard to try to counter the impacts of this policy, but, for some people, it is already too late.