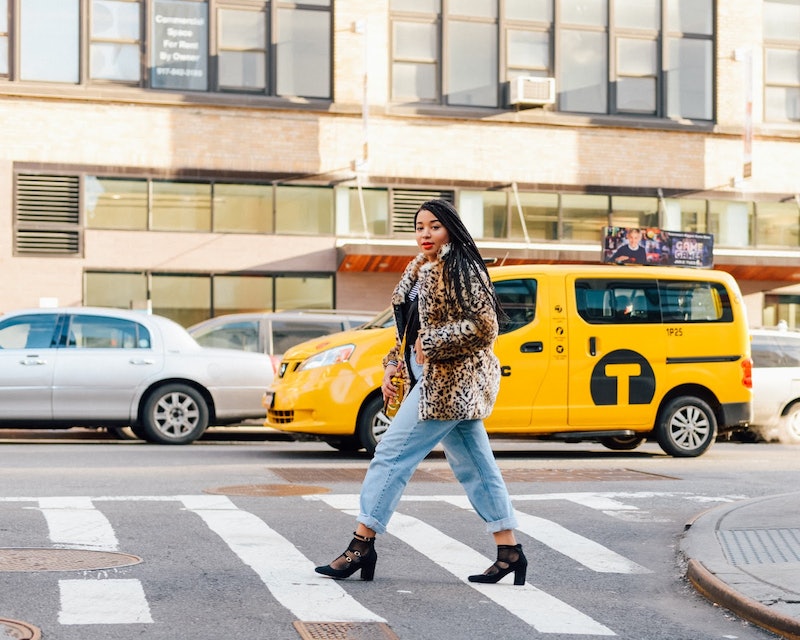 To celebrate Women's History Month, Bustle is partnering with HBO's Inspiration Room to encourage real women to share excerpts from their diaries, journals, writings and other forms of self-expression. Displayed in a temporary exhibit in New York from March 18th to March 24th, these true stories from women across a variety of different backgrounds will showcase the full emotional range of all different kinds of women. Today's diary comes from Audrey Williams, 27, who is a branded editor, blogger, and self-described "aspiring drag queen" living and working in New York City.

All things considered, I’m not doing too bad for a 20-something year-old writer in New York City. It’s a dream that’s been dreamt a hundred times over, and a story that’s been pumped through the airwaves ad nauseum. If you take it at face value, my story doesn't seem all that unique. But if you dig a little deeper than the tale of “girl who moves to New York to fulfill her dreams as a writer,” you’ll realize why.

I was born the only child to a single mother, an immigrant mother at that. When she came to the United States from the South American country of Guyana, there wasn’t much for her here save for a few family members, a room in one of their apartments, and the possibility of finding an under-the-table job caring for some ailing and elderly person whose family couldn't afford the fees of a nursing home.

This was the precursor for my life, and in my mother’s words, “I didn’t come all the way to this country for you to do nothing with your life.” This was repeated to me as I was enrolled in after school study programs, honors classes, and a pre-nursing workshop in high school. My entire life I was taught there was only one way to succeed in America: to focus on education and become a doctor, a lawyer, or a nurse. Something stable, something scientific, or something that’d allow me to take care of myself and my family were the only options. Every immediate family member of mine worked at a hospital or some other such healthcare facility. It was all I saw, and it was the only option I thought I had.

Every now and then, though, I would catch a glimpse of other options. I’d read a best-selling book that made my mind spin. Then, I'd find out the author was a middle-aged white woman. I’d watch a movie that about a reporter hot on the trail of a story, but he’d be a grizzled white man with a chip on his shoulder. And even when I could find stories created by or starring people I resembled, they were always either extraordinary cases, that one-in-a-million story, or the same lazy stereotypes I’d always seen. I just didn’t relate. I was a normal (maybe a bit above average on a good day) black girl with no magnificent talent to my name. I just happened to be one who really liked telling stories, and from what I saw, that wasn’t enough to build a life from.

I went into college feeling this way and chose social work as my major. But around the same time I was taking my intro classes, there was a change in how social media and the internet was being used. I started reading blogs by people whose stories sounded like my own. I started seeing video sketches online written and starring people who looked like me. My wheels started turning, and in my first semester of college I switched my major to journalism. I was going to tell stories.

The initial excitement when I discovered stories like mine made me feel seen, but it went further than that. It allowed me to realize that writing, the thing I loved to do but thought would never work for someone like me, could actually work. So, I set out to make it happen.

I went on to be the editor-in-chief of my school’s newspaper, helping with student productions in the film department, and taking screenwriting classes. I kept discovering that there were more people like me in the world, and I started bingeing on everything they created. Reading books, watching interviews, seeing viral sketches for and by black women, made me feel like I could be just as successful doing something I loved. I didn’t have to be a marvel of modern creativity. I just had to be confident enough to tell a story, and have the skill to do it well.

After college, this continued to propel me as I moved to New York. I worked at a series of publications, from intern to editor, focusing on creating the whole way through. I know I didn’t choose a path as stable as the one my mom hoped I would take — and there are days where a doctor’s salary would certainly be helpful — but I never feel like I made the wrong decision. On the days where I need a reminder of that, I turn to the women like me who’ve made it work. It’s never been more clear that I’m exactly where I need to be.

This post is sponsored by HBO's 'Inspiration Room' project. To read more diary entries submitted from real women like Audrey, or submit your own piece, click here!