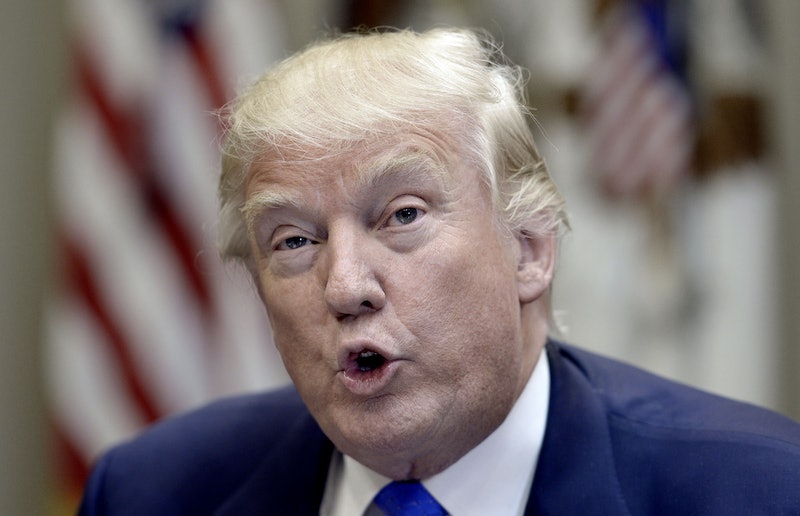 On Wednesday night, the Trump administration rolled back an Obama administration rule protecting transgender students from discrimination under existing law. Specifically, it allowed them to use restrooms according to their gender identity, not their birth certificate. The move has brought LGBTQ issues back into the forefront of American politics.

Many had hoped that Trump might differ from his party on this issue, especially after he said during the campaign that Caitlyn Jenner, who supported his candidacy, could use the bathroom she pleased. However, the change in policy reflects the more hardline view of much of his party — and Trump may regret that.

For one, there is the problem of Trump appearing to back away from the stance he had taken during the campaign and showing he is less independent from the orthodoxies of the traditional Republican party than he had previously claimed.

There is also the issue that he has energized an opposition he may not want to face. Granted, according to the Pew Research Center, only the barest majority (51-46) of Americans support the rights of transgender individuals to use the bathroom of their choosing. But a look back at how the battle over marriage equality unfolded helps us understand why fighting against LGBT rights is so fraught.

In 2003, a Massachusetts court ruled in favor of gay marriage, making that state the first in the nation to allow for marriage equality. The next year, 11 states put forward ballot initiatives banning gay marriage, and all 11 states passed them. But 11 years later — and 11 is relatively quick in the grand scheme of oppressed groups in America legally obtaining their rights and protections — the Supreme Court ruled marriage equality was a constitutionally-protected right. In just over a decade, the American people changed fast, and they changed hard.

There's a reason that LGBTQ issues moved with a speed and intensity that dwarfed previous attempts at integration by other oppressed minorities. This is because people identify as LGBTQ seemingly at random — gender identity transcends barriers of race, class, income and religion. So it becomes much easier for people's attitudes to change — even the most ardent homophobes could end up having a gay child, and have their world shook.

This concept has been dubbed the "Rob Portman effect." Rob Portman is a Republican senator from Ohio who had been a longtime opponent of gay marriage as a conservative Christian. But when his son came out, he changed his position, becoming the first Republican senator to switch sides and support marriage equality.

This effect is already visible in the transgender rights movement. Ileana Ros-Lehtinin, a Republican Congresswoman from Florida, has denounced her own party's president on Thursday on the issue of transgender protections. Her statement was bolstered by a personal connection: Her son Rodrigo is transgender. In 2015, Ros-Lehtinin joined Democrat Jared Polis from Colorado in proposing a bill in the House to protect transgender students from discrimination.

As the trans rights movement continues, examples like this will only become more common.