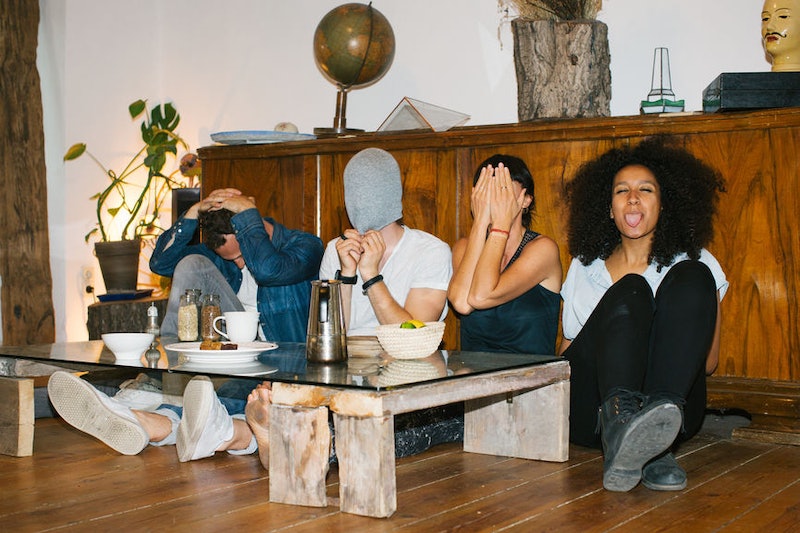 Every day you make thousands of judgements. I am not talking about the kind where you question your partners taste in shoes, or a shady Christmas gift a distant relative bestowed upon you. You make snap judgements throughout the day without even thinking about it, and they are often driven by what you think should be right. However, a study has found that how we judge others isn't always consistent with our moral and values.

The study, which was published in Psychological Science, found that people aren’t so hot on the idea of judging social groups using group averages and statistics. Psychology researcher, Jack Cao from Harvard University said:

“People don't like it when someone uses group averages to make judgements about individuals from different social groups who are otherwise identical. They perceive that person as not only lacking in goodness, but also lacking in intelligence. But when it comes to making judgements themselves, these people make the same type of judgement that they had so harshly criticised in others."

So, while participants might not have liked others judging social groups using statistics, they did exactly the same things themselves. Cao suggested that the “distance between our values and the people we are is greater than we might think. Otherwise, people would not have made judgements in a way that they found to be morally bankrupt and incompetent in others."

The researchers told participants that you hear about a man and a woman who both performed surgery — only one of them is a doctor, but which one? Simple enough question, right? Of the 199 participants in one study, 93 percent said that the man and women were equally likely to be doctors despite the fact that statistically there are more male doctors. They were then told that others said that the doctor was more likely to be a man based on statistics. The general reaction to this was that that was unfair and unjust, but also inaccurate and unintelligent. Other studies which asked the same question followed this pattern. I completely get that, why shouldn't there be an equal chance for men and women to be Doctors? However, this isn't what the researcher asked.

It would appear that the participants made a decision based on what they thought was morally right rather than what statistics suggested. I have certainly been in a position where I have been arguing with someone on the grounds of something that I thought should be right, even if it conflicted with what I know to be true.

However, when the same participants were asked what the likelihood was that a doctor performed surgery than rather than a nurse in the room, they used statistics and estimated the likelihood of the person being a doctor was higher when the person in question was a man. They used exactly the same method to make a decision which they had criticised as unfair. Whilst this seems contradictory, I can hardly say it is surprising either.

Whilst I often know certain things to be true, it doesn’t stop my own emotions and morals taking sway of how I act. However, Cao warned that “a disparity between values and actions has significant consequences” for society as a whole.